Palisades Glacier in the winter 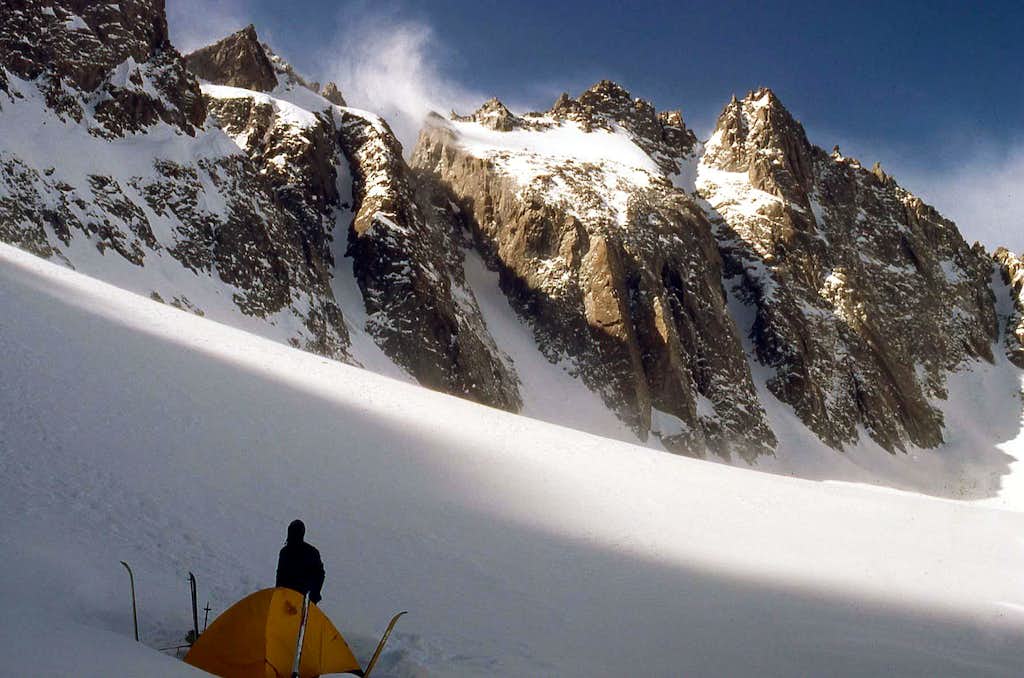 This February 1993 photo was taken on the Palisades Glacier after Bryan Johnson and I came down from the Sill to Thunderbolt traverse. We abandoned the climb as the wind and the temperatures on the crest were just incredible. Not even plastic boots and one piece suits could keep us warm at 14k feet. Was the traverse ever completed in winter?
« PREV NEXT »

It is most likely still to be done in winter. I have not heard of it even being attempted. When it's done, it will be a major outing. The conditions on the ridge at 14,000' can be pretty grim. We had plastic boots, one piece Goretex suits, mittens and still had to bail due to the cold. But if one could catch the ridge during really big Pacific High, it could be more reasonable. Don't know if it could be tried in one day, we were not fast enough, so had to try it as an overnighter. Bryan summited Dhaulagiri in 94 and almost got to the top of Makalu couple years later. Told me years ago, was colder on that ridge than anywhere else.

Shay and Konstantin (SP Members)did the traverse in February 2011. Report is here: