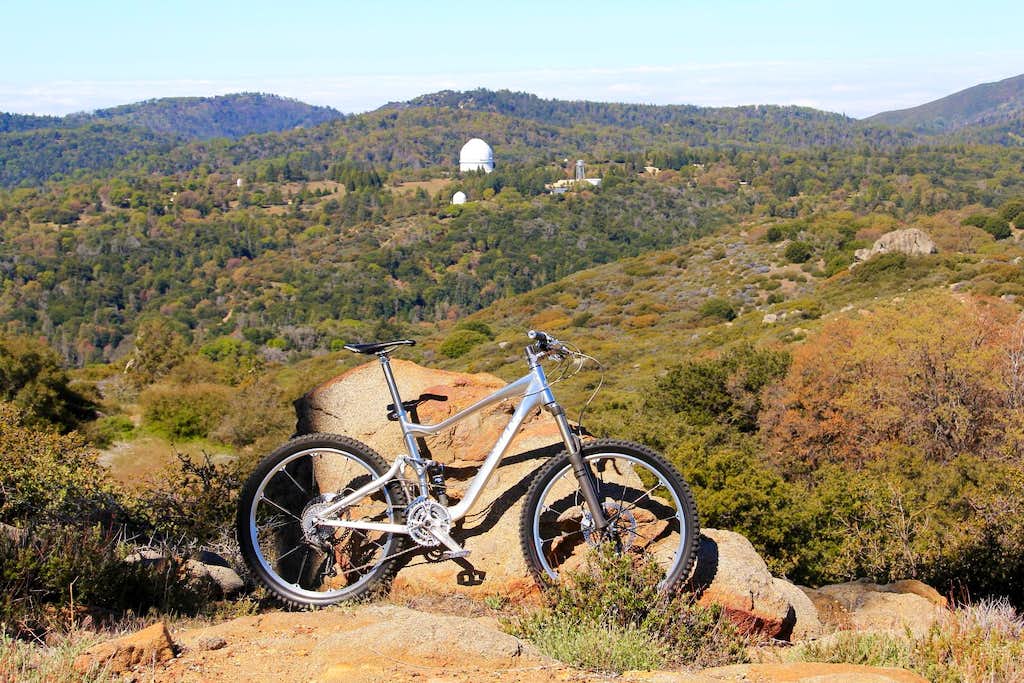 This photo was taken from the highpoint next to the lookout tower at the highpoint of Palomar Mountain, looking at the Hale Telescope area. After taking my kids up there a couple days prior, I spoke with the forest service about the access road near their location just down the road from the main observatory area. They granted me permission to use the fire road leading along the west side of the mountain, about three miles to the highpoint. After reading the climber's entry logs here on SP about the questionable legality of heading out cross country from the Observatory area, it seemed to make sense to just ask permission, and it worked. I went up a couple days later, bike loaded up, and rode to the highpoint. There were three gates up there that had to be negotiated with, two of which belonged to Cal-Tech. Crossing these gates didn't bother me due to permission from the forest service. En-route I crossed the paths of many deer and huge pine-cones. The road drops down a bit, then climbs roughly 600-800 feet back up to the highpoint with the lookout tower. Views were exceptional, neat to be able to hit up the true highpoint with the bike. May 5, 2012.
« PREV NEXT »