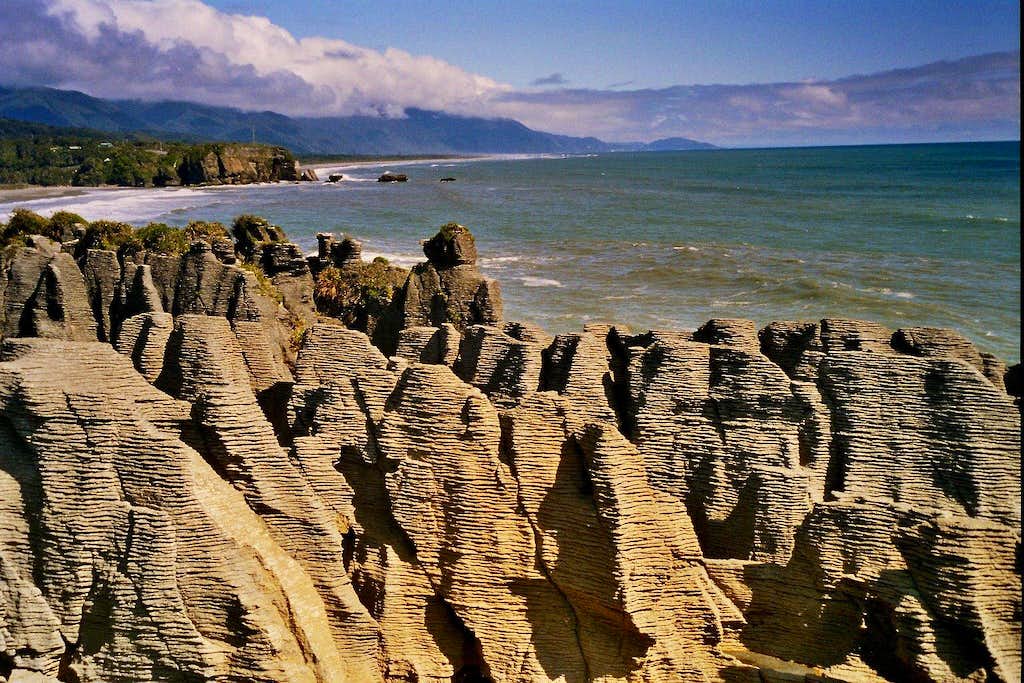 ''The Pancake Rocks are limestone formations that began forming 30 million years ago, when lime-rich fragments of dead marine creatures were deposited on the seabed, then overlaid by weaker layers of soft mud and clay. The seabed was raised above sealevel by earthquakes to form the coastal cliffs and coastline. The sea, wind and rain have since etched out the soft layers to form the unusual rock formations we see today.'' New Zealand, pic. credit: Jan Biemond
« PREV NEXT »

if you can tell me exactly where this was taken? I'm headed to this area in about 3 weeks and would love to find this place. Thanks!
Brian

Hi Brian, this pic was taken by my father, so I will ask him ASAP where it was taken and then I will let you know! Lodewijk