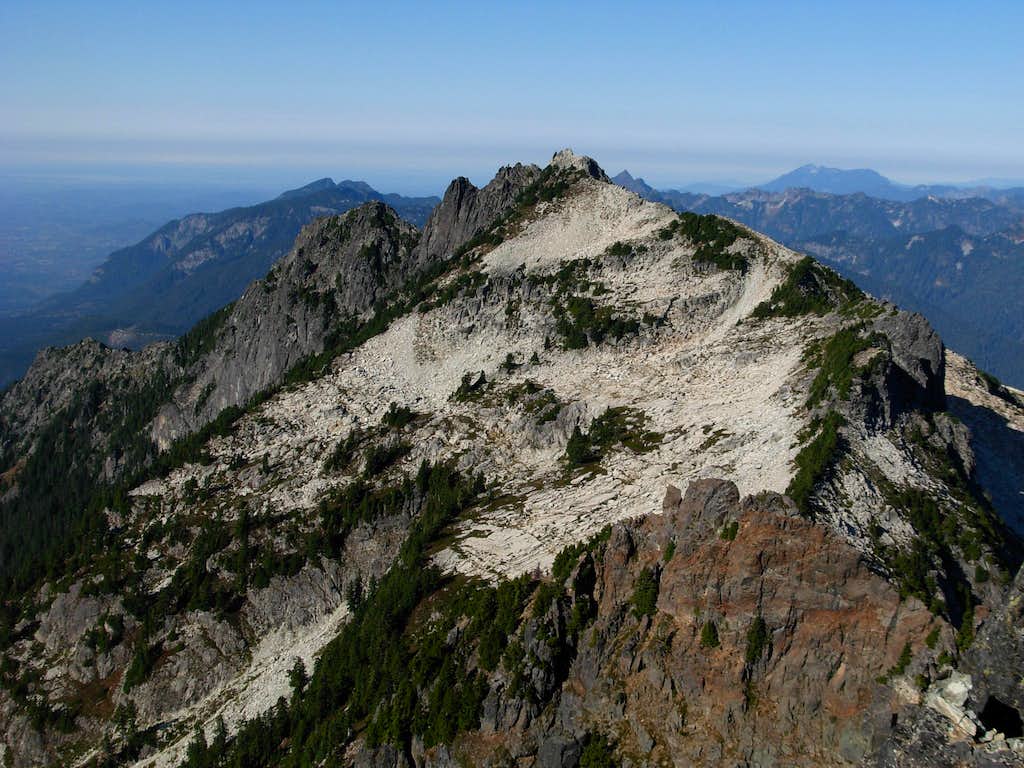 Peak 6218, a.k.a. "Gunnshy", as seen from the summit of Gunn Peak. When seen from the west (such as from the cities of Everett, Monroe, and Sultan), "Gunnshy" is commonly mistaken as Gunn Peak. This is because "Gunnshy" obscures the view of Gunn Peak, due to similar summit elevations (6218' vs. 6240') and distance between the peaks (0.70 miles). Some people might consider "Gunnshy" as just a false summit of Gunn Peak, and it is certainly part of the Gunn massif, but "Gunnshy" has enough prominence and is separated enough from Gunn Peak to be considered its own peak. Photo taken on October 17, 2010.
« PREV NEXT »