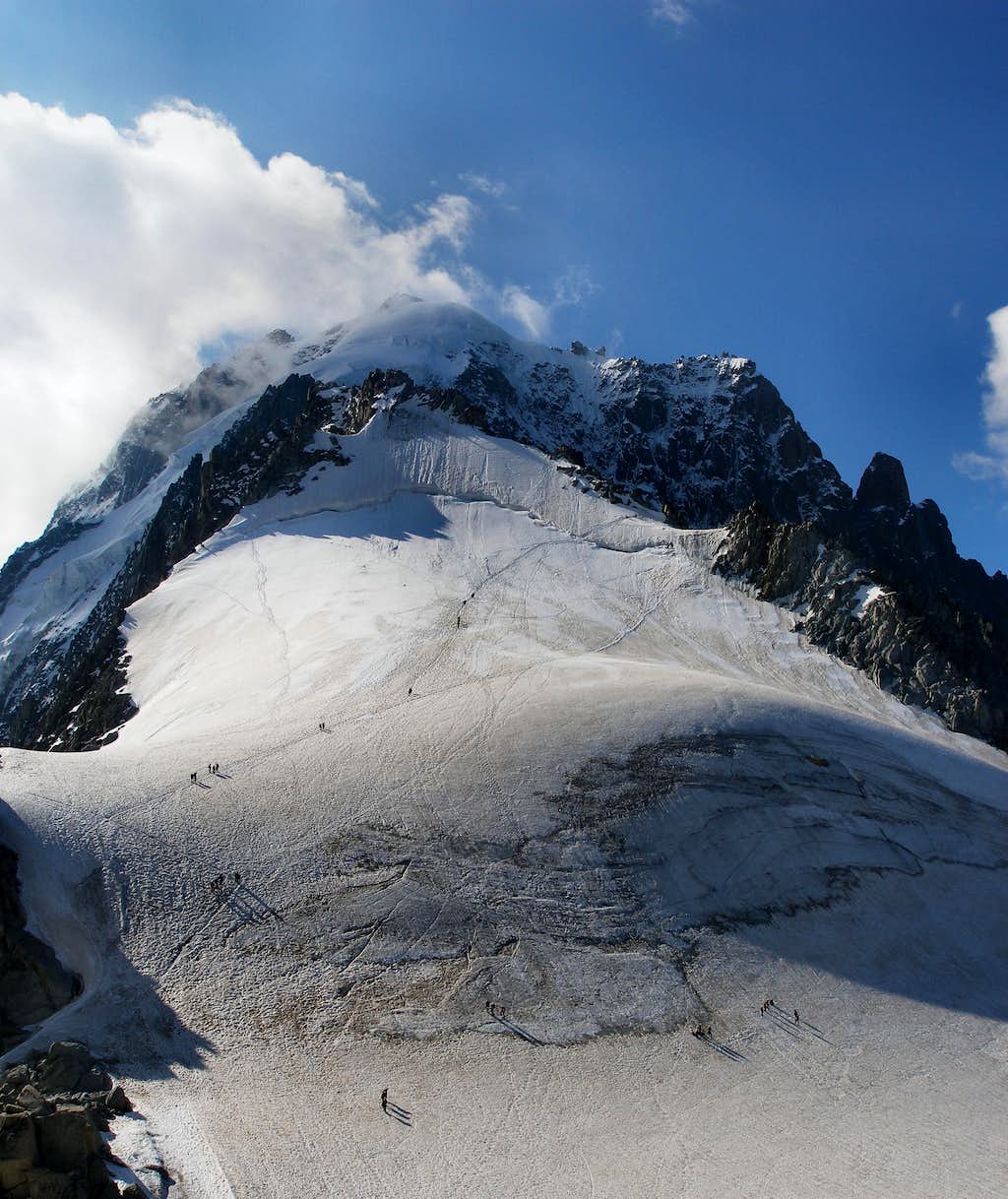 Thanks Antoine! I had a great few days there - album and TR on the way.

Anyway, long time no see, I was wondering where you'd got to, how have you been? Did you make it to Iceland in the end?

No Iceland... Corsica ! My girfriend wanted some beaches in addition to moutain. And she wasn't keen on swimming into icelandic fjords ;o) We still hope to go there one day. I've added a couple of new pages about Corsican mountains. Check in the "What's new" section, if you want. Cheers, Antoine

Fair enough, I can imagine the weather in Corsica being much nicer. Fewer icebergs for one thing. I saw one of your pages but haven't had a chance to read them yet, I'll be sure to check them out later.

All the best
Dan

Thanks mate, we had a good few hours up there before a thunderstorm rolled in and spoiled everything.

It seems, that there where a lot of people around this July?

Thanks, tehre did seem to be quite a lot of people on it, many of them were on courses similar to the one I was on. I don't think many of them were doing the route though, just practicing crampon and ice-axe technique on the lower part of the glacier.