The California list of California 14ers has some historical importance, given the characters who completed the first ascents, but I prefer to think of this issue as not a right or wrong debate, but saying something about the seriousness of peak lists in the grand scheme of natural things.

I'm currently raising funds for my kickstarter program to raise Mount Humphreys by 15 feet to make it a 14er, just to make trouble.
Top

The 14ers in Colorado are more about perseverance than climbing ability (my god, there are 58 of them) and the California ones don't get climbed that often (in relation to Colorado and Rainier). Plus, it's a different skill set, different kit, and different mind set for each of the three states... unlikely that too many people have done all of them...

I live at sea level. Mostly in NY, now in OR. Six years and six trips to CO, 31 14ers down, plus a few centennials and other random 13ers thrown. I think at this point I will eventually make all of the 14ers. I would have to get pretty ambitious to do the Centennials and honestly, Thunder Pyramid doesn't look like something worth risking your life on anyway. Probably have 1 more trip to finish the just about all the "hard" 14ers, then I figure as long as I make it to retirement I can always finish the walk ups then.

The CA 14ers, as you say, different skill set. These peaks are pretty hard. Only did Whitney so far, one try on Shasta, supposed to go again in a month. Would like to take a trip down there for a shot at a few of the harder ones.
Top

Steven Cross wrote:Or, has anybody hiked all the 13ers in the lower 48?

Matt Lemke wrote:there are over 15,000 people who have done all the Colorado 14ers according to the CMC record alone

Actually, the CMC records have 1,497 people on the CO 14er completion list as of last year. This year's additions are currently being compiled. Yes, many more people have completed them than have submitted their name to the CMC. 15,000 seems unlikely.

I would be surprised if more than 100-200 people have completed all the contiguous US 14ers, by any version of that list that's existed over time.
Top

Teresa Gergen wrote:I would be surprised if more than 100-200 people have completed all the contiguous US 14ers, by any version of that list that's existed over time.

Completely agree. I think Matt got a little excited with the zero key...
Top

My bit of math on the subject...

CO is supposed to have something like 3,000 completers--apparently about half of people register their completions with the CMC. Looking at LoJ, about 150 people have logged finishing the "official" list of 53--about 1/20th.

On the same site, about 18 have logged doing the same in California (again, only for the 12 ranked peaks). Even on Peakbagger, only 25 are listed...making a big assumption that the ratio holds true between LoJ's CO completers and Peakbagger's CA completers, that means only about 500 people have finished the California list.

In all honesty, based on my gut feeling I'd put the number of CA completers who've also completed CO at maybe 10% or so, so maybe 50 climbers overall have finished both lists. Throw in the number of people list-oriented enough to climb Liberty Cap in addition to Rainier, and that number certainly would diminish further (LoJ shows only 15 people who've stood atop it).

Looking at Peakbagger, the only people who look like they've done everything 14000'+, 300'+ prominence in the lower 48 are: Bob Packard, Charlie Winger, and Brian Kalet. There are probably others, but I suspect not many...

Also, a shameless plug: is anyone interested in Rainier--and particularly, Rainier + Liberty Cap--in early July of 2014? I'm highly interested in going then (since I won't have another real opportunity for several years) and most potential partners have either already climbed Rainier, or now can't make it this year.
Top

mrchad9 wrote:CA is typically considered to have 15 fourteeners, but has only 12 with 300 feet of prominence. Consensus has been to count Polemonium, Thunderbolt, and Starlight even though they lack the prominence.

I don't know how that came about, but a supermajority of those who climb th seem to agree on it. And it wasn't decided by a club to my knowledge!

I agree. By the rules of prominence California has 12 Fourteeners. But it's commonly accepted to include Polemonium, Starlight and Thunderbolt making it a total of 15. The popular guide book "Climbing California's Fourteeners" by Porcella & Burns includes chapters on all 15. Some people have made the argurment that if Polemonium, Starlight and T-bolt are included then Keeler Needle, Day Needle and the East and West Horns of Williamson should also be included. Muir Peak barely makes it by prominence and it's been argured that Muir is only a sub-peak of Whitney.

I used the Porcella & Burns guide as my tick-list and bagged all 15. Rainier too. (Oops! I used a list and I'm bragging

I'll try a few of Colorado's most treasured 14er's but I likely won't ever complete all 54 or 58.
Top

If you include all those little nipples on Whitney and Williamson then I think you need to include the west summit of Shasta too. Why not? And then the south summit of Split Mountain.

And then Mount Barnard and Mount Humphreys. They miss being a 14er by less than 15 feet, but that is still a lot closer than something with less than 200 feet of prominence.

I guess I am saying... the arguement for including Polemonium, Startlight, and Thunderbolt has nothing to do with any criteria... other than saying 'that's the way it has always been'. But at least there is some sort of logic in that.

Still... if anyone comes up to me and tries to convince me that Pluto is a planet... I will throw pie in their face.
Top

mrchad9 wrote:Still... if anyone comes up to me and tries to convince me that Pluto is a planet... I will throw pie in their face.

But that's the way it's always been!!!
Top 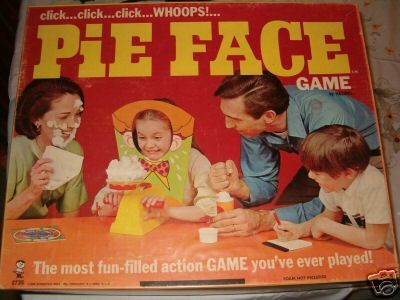