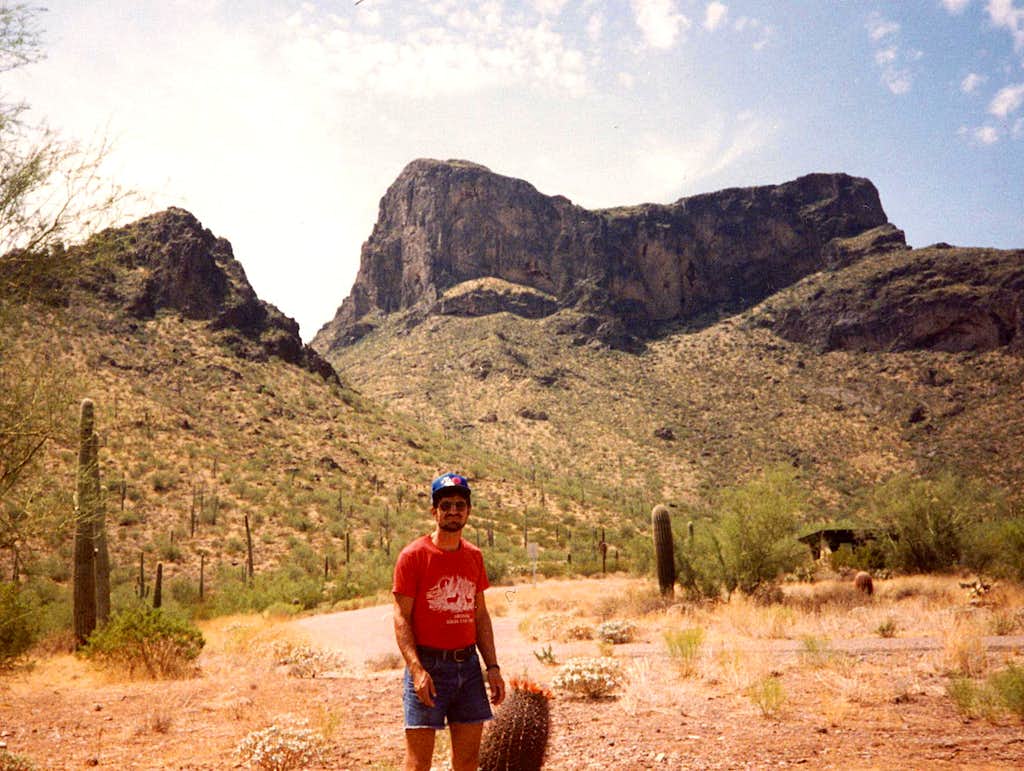 A "lava monolith" that rises out of the desert near Interstate 10 between Phoenix and Tucson. Taken in March of 1992. "Picacho Peak was often used as a landmark by early explorers. During the 17th Century, dedicated Jesuit priest Father Kino mentioned Picacho Peak in records of his journeys into Arizona, and in 1775, the DeAnza Expeditions passed by the Peak. In 1846, the Mormon Battalion, on their way to California to fight the war with Mexico, constructed a wagon road through Picacho Pass. The forty-niners traveled the same road on their way to California, and in 1858, mail and passengers traveled this route via the Butterfield Overland Stage. This route is now used by the Transcontinental Railroad. The most significant Civil War battle (in Arizona) took place near Picacho Peak on April 15, 1862." - ARIZONA STATE PARKS From my understanding, "Picacho" is a Spanish word meaning "big peak. I am standing next to a Mammillaria tetrancistra, or Fishhook Cacti."
« PREV NEXT »

Really tie the outfit together.

Hey, I just made it back from the Philippines.

Somehow, I missed the "rat on the stick ..."
Guess I have to save that for next time.

"If you think a "protractor" is a really expensive John Deere, then you must
NOT be smarter than a fifth grader!"