Would you like to easily climb the “first” mountain of one of the most famous climber of the world? Nothing is easiest than fulfilling this wish. In front of the green and flat Valle di Tures /Tauferer Tal Valley, in Alto Adige/South Tyrol, is located a beautiful but really overlooked mountain, named Grosser Moosstock (or Mostnock, as even called by the Germans). The Grosser Moostock (Picco Palù, Italian name) was the first mountain ascended at 8 years old by Hans Kammerlander, the famous Himalayan (alpinistic speaking) climber, born in a village at the base of the mountain. The history of this revealing experience, together with other interesting tales, is described by Kammerlander in a pleasant book titled “Malato di Montagna” or “Bergsuechtig” (in German), translatable “Mountain addicted”. 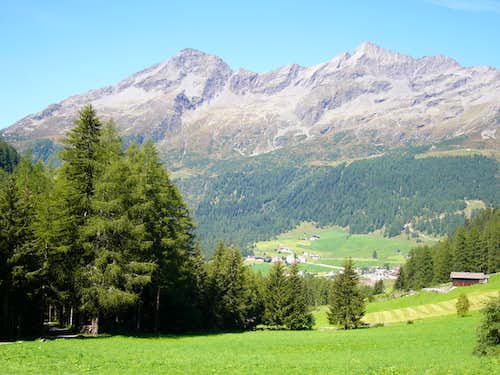 The Grosser Moostock/Picco Palù, 3059 meters, is an isolated mountain in the Cima Dura/Durreck Group, including the higher and harder Cima Dura/Durreck (3135 m). It belongs to the wider Venediger Group, at the very SW-end of the mountaingroup. On NW there is the Valle Aurina/Ahrntal Valley, on E the Valle della Lepre/Hasental Valley and on S the Valle dei Dossi/Knuttental Valley and the Valle di Riva/Reintal Valley. The summit is connected to the most important Cima Dura/Durreck by a rocky ridge. This mountain, as well as the overall group, compared to the most famous and ascended mountains close to it, such as the Vedrette di Ries/Rieseferner (Hochgall, Magerstein, Schneebigenock) or the wonderful glaciers of the Zillertal Alpen/Alpi Aurine, could not deserve our attention, but it should be really wrong. 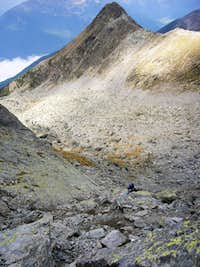 The lonely environment and the gratifying view from the top, towards the direction of the mentioned mountains, transform the ascent to the summit in a surprising experience. First of all, mainly in summer when most of the trails in the area are crowded, Moosstock offers to you the perception of the relaxing silence of the mountain. The ascent is easy and remunerative, never stressing. The hikers start ascenting through a wood (as usual) and touch a very nice old hut placed at the boundary of the wood like a balcony to the surrounding valley and to the Dolomites; it deserves a stop. 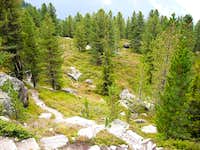 the wood
The ascent continues, in a sequence, through beautiful junipers, a moraine, scrambling to a rocky saddle, small lakes, a friendly ridge and finally the summit. All these things are for you, only if you decide to visit a forgotten mountain, leaving the most frequented paths of the area.

The main starting point is from the village of Acereto/Ahornach (1334 m).


Take the Brenner / Brennero Motorway A22 from Innsbruck (north) or Verona (south). At Brixen / Bressanone turn onto SS49 into Pustertal / Val Pusteria. Turn north at Bruneck / Brunico onto SS621 into Ahrntal Valley / Valle Aurina. At Sand in Taufers / Campo Tures. Continue to Riva di Tures / Rein in Taufers and follow the indication to Acereto/Ahornach arriving to the village after about 8 km. Overcame the church, the road continues for about 3 km, leaving on your left the indication to Poja/Pojen (1560 m). Park the car after the Stocker alm (about 1640 m) where the road ends; here is a pile with clear indication to Moostock/Picco Palù (trail n° 10B).

Grosser Mosstock/Picco Palù can be climbed by three main different routes, corresponding to three ridges. The height difference of about 1500 m allows to climb the mountain by the day. 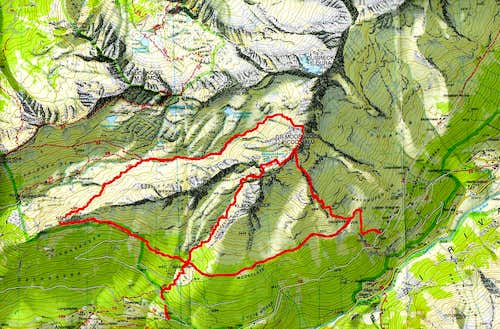 Routes overview
-SW side / SW ridge: the easiest and most frequented route by a well marked trail (n° 10B) up to the summit. The route starting at about 1640 m touches the interesting Schlafhauser Alm at about 2000 (1952 m according to WKM and 2016 m according to the Tabacco map). It continues through a little valley between the Zintnock (2623 m) and the Klein Moosstock (2630 m) and after a moraine reaches a saddle at about 2800 m. Few iron ropes help the hikers in the steep section of the route up to the saddle. The summit is on your right side while a little lake (Moosstocksee, 2774 m) is on your left. By an easy climb on the SW ridge (about 250 m) you arrive on the flat summit (4:45-5:15 h, F/F+). Descent usually by the same way; 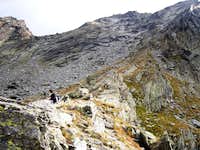 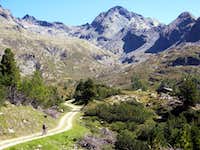 Pojen Tal
-NE ridge: first ascent by Schmitt and Sieger, on 1899. The route is done mainly as descent after having climbed the Durreck/Cima Dura. The route runs mainly along the Valle di Poja/Pojental Valley;

-S-ridge: usually used as descent in connection with the ascent by the SW ridge (F/F+). The route connects the summit with the village of Rein in Taufers/Riva di Tures or by the trail “Vegetationweg” (Vegetation route) comes back to the Schlafauser Alm in the direction of Acereto/Ahornach.

From the summit you have a 360° view of the surrounding mountains, from Rieserferner to Zillertal Alps. 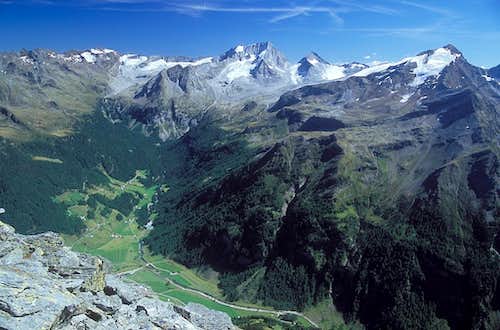 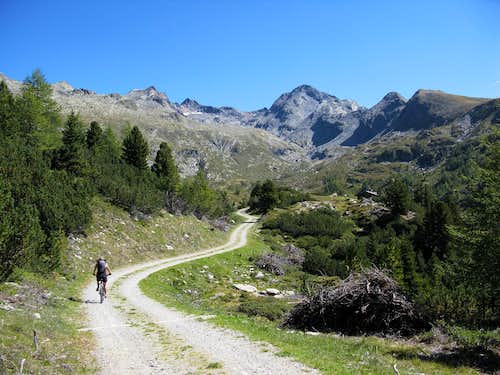 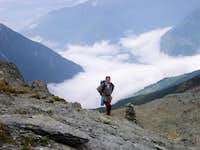 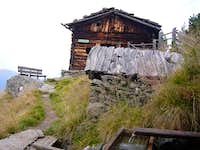 Schlafhauser Alm
Many B&B (so called Garnì) are present in the valleys. Information on the accomodations (types, prices, booking, etc.) are available on this web page of the Ahrntal / Valle Aurina's touristic office.


Ascending through the SW side the Schlafhauser Alm (2010 m) represents a very good refuge in case of bad weather. It is placed in a wonderful position where the trail towards the Moosstock is crossing the trails directed to Reintal valley (Vegetationweg)and to Pojental valley (Durreck Hohenweg). A refreshing well invites you to rest for a while looking the panorama. No food or beverages are available: the alm is uninhabited.

I climbed Grosser Moosstock from SW ridge in summer. In early summer is easy to find snow fields just above the saddle. Not recommended with bad weather condition (as I tested): this area is characterised by high risk of lightnings and the climb of the ridge, due to the bad quality of the rock, can be more difficult with rain. 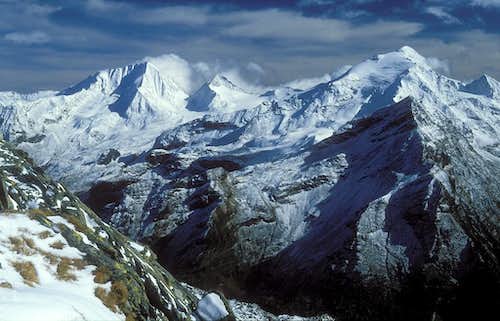