Add photos See all photos
Click here for a larger map
The winter of 2014 wasn't a very good one for ice climbing in the Alps. In the first week of March, Jan and I tried our luck in the Arolla valley since it is one of the highest places in the Alps with frozen waterfalls in winter. We enjoyed a few days of ice climbing, but then a high pressure system put an end to that, as the relatively high temperatures made the ice unsafe to climb. However, the stable weather meant we could still have fun in the mountains, and so we switched to plan B, which was to climb the high peaks around Arolla. After studying the map and making enquiries, we settled on Pigne d'Arolla as our first objective. 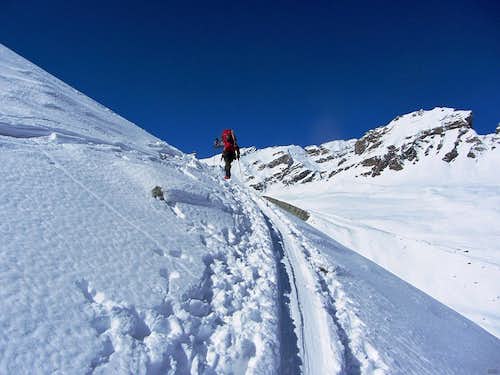 Jan on track
Ski mountaineers usually climb it in one day, starting at the end of the road at around 2000 m. That's 1800 m up and down. But since I have no experience with skiing off piste, I would make the trip on snowshoes. It so happens that Cabane des Vignettes is conveniently located along the normal route, at 3160m. We decided to take two days, and spend the night at the refuge. In the village of Arolla we heard that the refuge was still closed, but the winter room was open. We learned that it had room for 12 people, there were blankets and there would be a stove - but since it was late winter, there might not be any firewood left. Therefore we packed food, fuel and stove and started the ascent.

The scenery was fantastic, and the slopes proved to be gentle. Since weren't acclimatized very well yet, it was a tiring business to get up the mountain. I was glad we were taking two days, and happy to be in the mountains. I didn't care that we were slow. The winter room in the refuge turned out to be recently renewed and could almost be described as luxurious - for a mountain refuge that is. And it had big panoramic windows through which we could watch the sun go down. 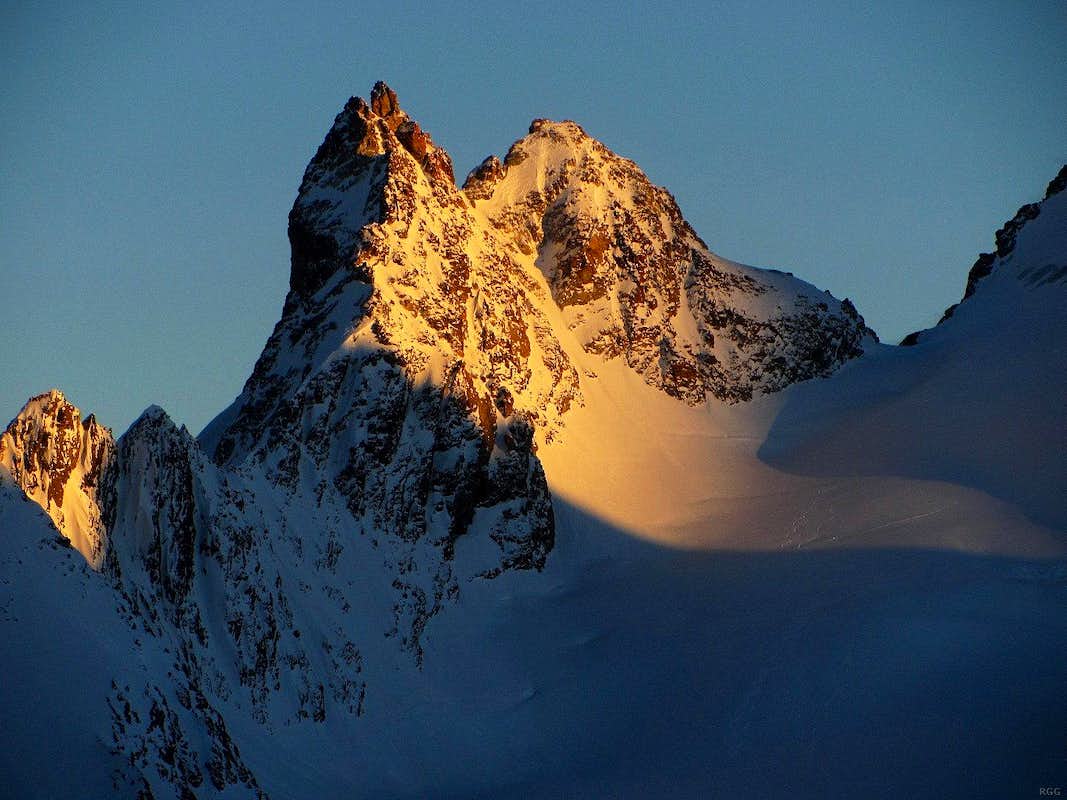 ...and as usual you have made the best of the available conditions.
Berg Heil Sir, Mark