Piquett Mountain is in a portion of the Bitterroot National Forest "back the West Fork" about 5 miles east-northeast of Painted Rocks Lake. It is not an "official" Wilderness Area. At its (northeast) foot are three lakes, Slate, Piquett, and Shelf. Piquett Lake provides the head waters for Piquett Creek, though Shelf Lake also contributes to its flow.

According to legend, Piquett Creek was named for a French Trapper who had a cabin near its mouth in 1889. Supposedly the lake and mountain were also named for him; however there is no proof.

Interestingly enough, the oldest creek name recorded on a map (Lieberg 1898) was Puckett. But in 1909 the General Land Office recorded the name on the survey plat as Piquette. However, there are various Forest Service surveys of the Piquette Ranger Station which show the name as Picket Creek. Go figure!

The Piquett Mountain summit has the remains of what appears to be an old fire lookout. Various artifacts, including bed springs, nails, assorted bolts and fasteners, grounding wires for the control of lightning strikes, and plenty of melted glass are all that remain. There is also a hitching post for stock animals, something you don't often see on a mountain summit.

Currently there is a discussion about placing a web cam on the summit, purportedly to provide coverage of the surrounding area during fire season. This is only at the "talking" stage, and because it will require funding AND authorization from who-knows-how-many government agencies (most of which are headquartered thousands of miles away in Washington D.C.), I'm likely to be dead and buried before it happens.

Follow the West Fork Road to Painted Rocks Lake and drive toward the Little Boulder boat ramp. Just before you reach it, you will see a road to your left (east). (If you need restroom facilities, there is an outhouse at the boat ramp.)

There is parking for a half dozen vehicles and an unloading ramp for livestock. There are no restroom facilities at the trailhead.

The area around Piquett Mountain and the associated trails have seasonal restrictions. Between October 15 and December 1, no motorized vehicles of any sort are allowed. During the remainder of each year, vehicles (motorized or otherwise) which fit on the existing track are permitted. Since the trails (tracks) in this entire area were designed to be used by stock animals, this clearly means motor bikes and mountain bikes are the only vehicles which are sanctioned.

When I last visited, June 20, 2007, I saw signs of recent visits by people on mountain bikes. But I have to assume few if any motor bikes have been on the trails in the recent past, as there was none of the damage they typically cause.

You can camp just about anywhere you want along this trail, though as you gain altitude the availability of water diminishes, especially during the summer's driest months. I noticed one "developed" campsite along the lower portion of the trail. It even had a stack of firewood ready for use.

The trail leaves the parking area at the trailhead by going northeast through sections of open forest.

Though not especially steep, the incline of the Little Boulder Creek Trail is unrelenting. Unlike many hikes/climbs in the Bitterroots, there are no "level" spots along this route. On the way in, it's up, up, up - during the return, down, down, down.

There are several creek crossings along the track, none of which are particularly precarious. In fact, one even has a bridge which had been hacked from a gigantic log.

About .8 miles after beginning, the trail turns almost due east as it attempts to follow Little Boulder Creek upstream.

Nearly 2.4 miles from the trailhead, after crossing from the north side of the creek, the path turns southwest for a few hundred yards before switching back to the northeast while it works its way up the side of a ridge.

At just under 3.5 miles, the incline of the trail increases a bit as it covers approximately a half mile before reaching the saddle of the ridge between Rombo and Piquett Mountains. This is a good place to rest before tackling the remaining mile.

Following the ridge-crest south toward the summit, you will pass the signed cutoff for the Piquett Creek Trail (679) in about .25 mile.

Another .25 miles will take you to the junction with Drop Creek Trail (248) which goes down past Piquett and Slate Lakes.

Continue on the excellent trail for the last half mile to the summit.

This summit could be visited any time during the year. Though not marked for skiing, the trail seems well-enough defined that it could be followed even with deep snow cover. In my opinion, the incline looks just about right for back-country skiing.

Standard hiking equipment is all that's required for this route unless you're going to be traveling on snow. Then, it's your choice – skis or snowshoes. 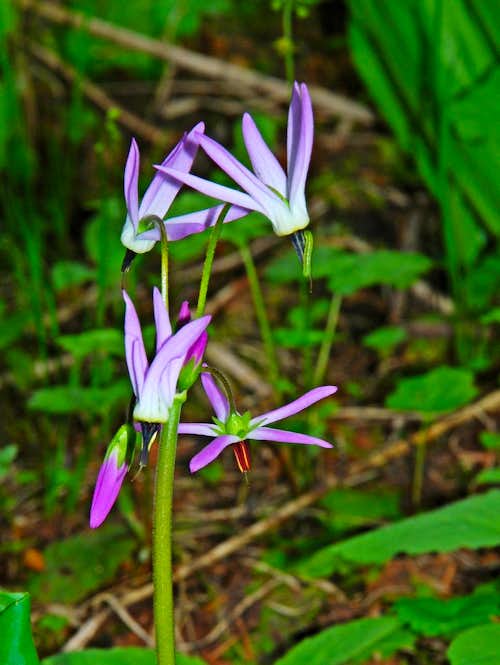 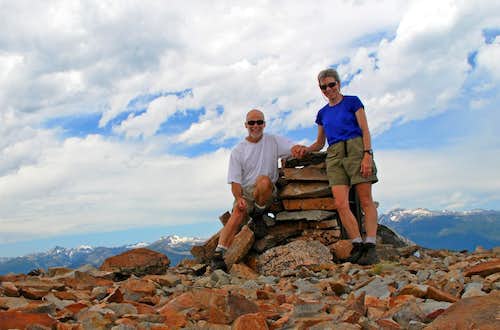 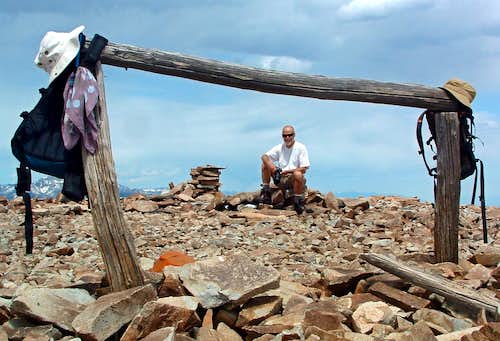 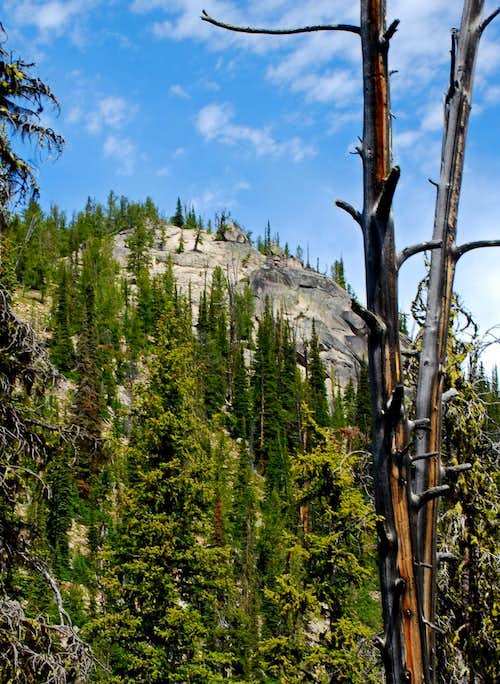