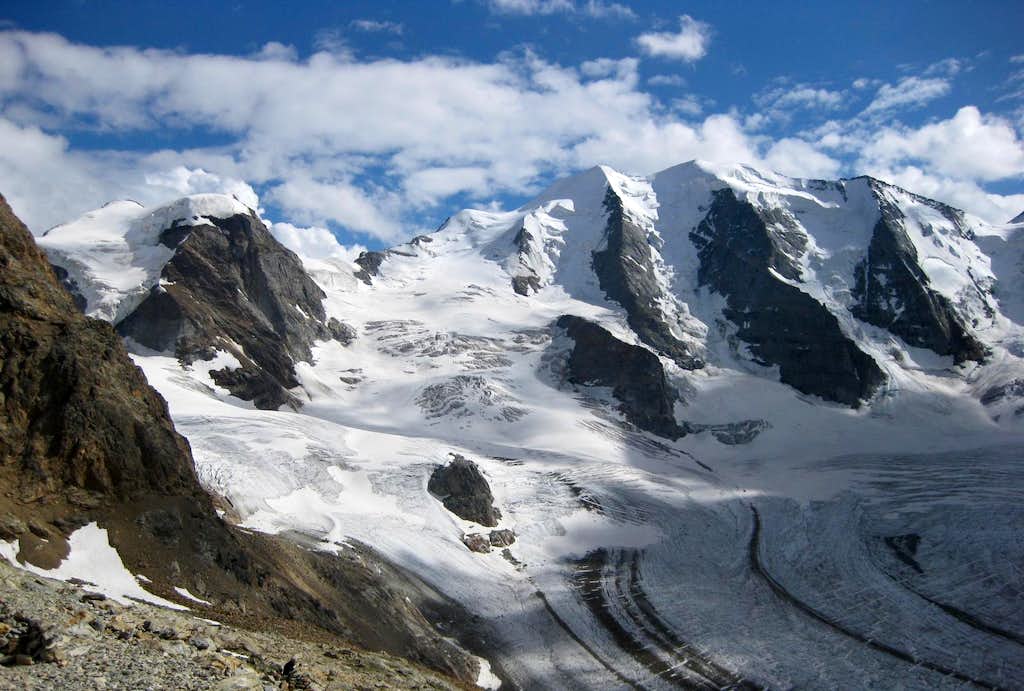 The three summits of Piz Palü dominate the picture. Traversing this ridge is a popular and wonderful tour in the eastern Alps. Right on the left edge of the picture is the slope of Piz Trovat. Behind it, not visible, is Piz d'Arlas and the N-ridge route to Piz Cambrena. The Ice Nose route on Piz Cambrena starts on the rocky ridge below the peak. From the summit station of the Diavolezza cable car, 13 August 2009.
« PREV NEXT »