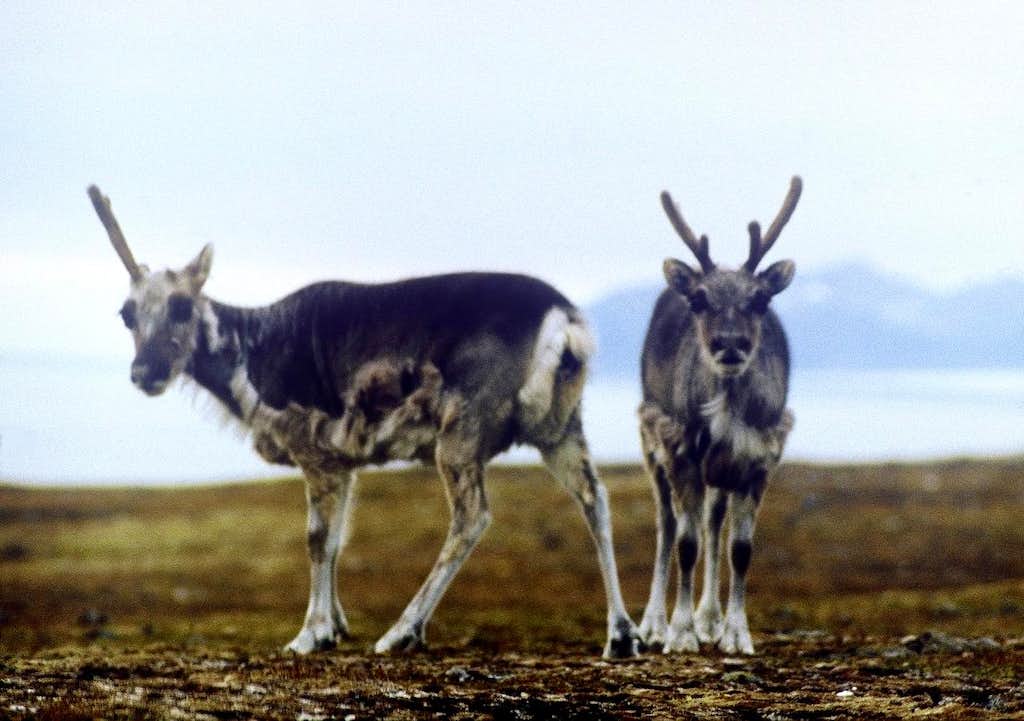 For Larry of AZ only:-) - thanks Larry for studying it all and your comment. A couple of poor reindeer - just to match the two elves (here you are, Larry:)), who lay on the tundra so that the curious animals would come over.
« PREV NEXT »

Remarkable animals, really! Look at the size
of their feet, and their nose for smelling
predators from a very long distance across the rolling brown tundra.

Jacek? The reindeer on the left is missing
its left antler. Does that possibly mean its
identity could be described as being
"right-wing," as in the flying reindeer that
the jolly man dressed in red uses in December ???

THANK YOU for posting this beautiful picture! : ))

Glad you like this poor pic I'd never have posted had you not wished to see those tired Santa's helpers, which must have flown up there indeed as that strip of coastal tundra is cut off the rest of the island by an ice cap (no kidding), and I can't really see any other way they could’ve reached it. As to the "right-some" creature I guess you're right unless it's actually just a unicorn, no doubt also commonly encountered in this no man's fairy land.

Yes. I don't ever SEE myself going there.
It's a 'never-never-land' of GOOD dreams!

I have to look around for my Alaska photos,
maybe I can scan a few of them for you.

It's not that difficult to get there, in fact. It's just that e.g. the Andes are higher which makes them more frequented.
If I had to/could choose between Alaska and Svalbard, I'd probably opt for Alaska, especially if I lived in the US :-)