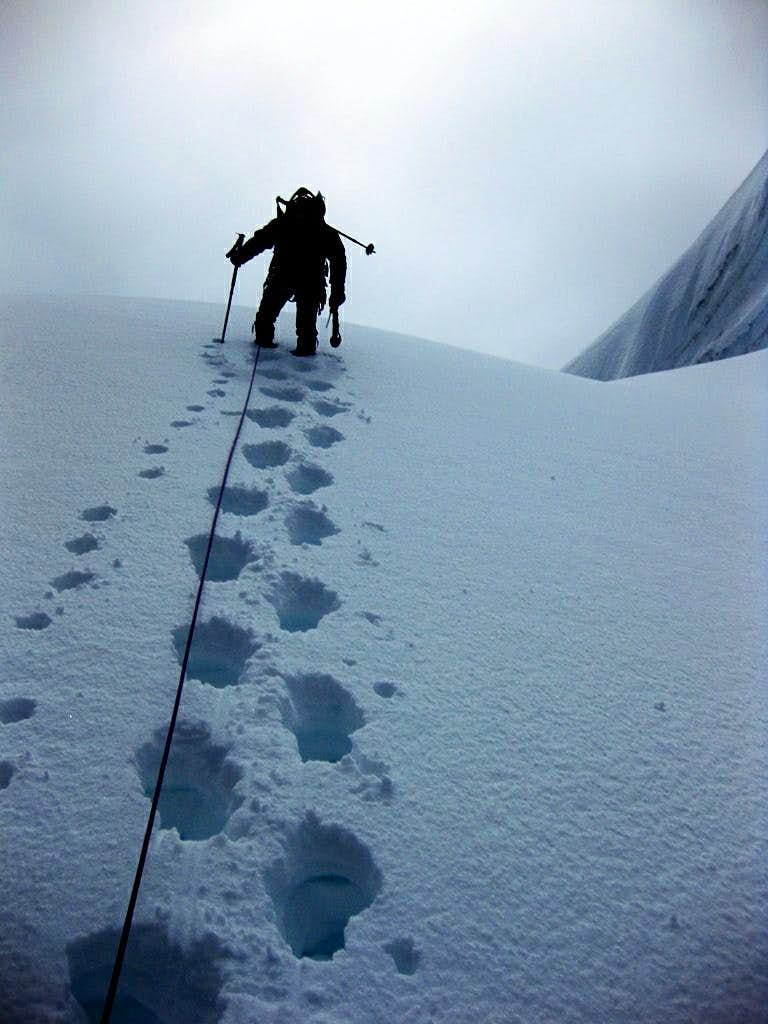 The snow conditions were not ideal. We had snow shoes, but still we were making deep tracks and it was very slow going. Of course, the altitude didn't help much either. On our first try, we had to turn back at what I guess was an hour or two from the summit because it was too late. Much too late in fact as we found out later, when we got back to our tent hours after nightfall. The second time things went better. First of all, we had our own trail for quite a while now, which made it easier. We were also were better acclimatized. It still was tough, but we finally made it this time around. 4 June 2011.
« PREV NEXT »

Thanks; though, at the time, it was just hard work!

the wind wasn't whipping that powder all over the place. . Very impressive shot. I need to study more about Ausangate, heard it is a jem

This powder, especially in combination with the thin air, was hard work!
But it's true, we had no problems with the wind at all, or with the weather in general for that matter.

The mountain will always be there. Good decision.I wish more people added a little story about the picture. Cheers

Re: Great shot and story

Making the decision to turn back is not an easy one, especially when the terrain is not too difficult but time is running out. When I know the descent is going to be easy, I don't mind having to do that in darkness, and then it's not a problem to keep going up as long as there is light. But in this case, the descent to Ausangate high camp is not an easy one, so we really had no choice but to turn back.