Lupoglav (2102 m)
Prenj mountain is for sure one of the most beautiful and most impressive mountain range in Bosnia & Herzegovina. Also, Prenj is fore sure one of the most beautiful mountain massif of whole Dinaric Alps. Prenj is more than mountain, Prenj is the Kingdom! Of course, the Kingdom of incredible divine mountain beauty!
The mountain has been described in many books as the "Bosnian Himalaya". Himalayan veterans should treat this comparison with caution. Nonetheless to Bosnian mountaineers Prenj is definitely the most special; rich in mountaineering history, endemic species, and providing the largest variety of mountaineering challenges.

It's relief is one of the most exciting in the region. There dominate sharp and elegant peaks, impressive ridges, beautiful valleys and other amazing alp-likes forms. Prenj massif has at least 11 peaks over 2000 m of which one, Windy Peak, was climbed first time in October 2003, probably as one of Europe's last virgin 2000 m peak. Otis & Zelena Glava & Velika Kapa
The massif of Prenj is very impressive and beautiful. In many ways Prenj is the jewel in BiH's mountaineering crown. A maze of towering limestone peaks, set within a fairytale world of hidden lush alpine valleys, dense mixed forests and forgotten wilderness. Any mountaineer and hiker will be drawn to this mountain as soon as they glimpse its magical array of alpine peaks.
On this place are placed many peaks high above 2000 m. The highest peak of massif is Zelena Glava (Green Head, 2155 m).
Prenj offer a great conditions for climbing too. Tisovica Valley with Otis and Zelena Glava in the background Velika Kapa (2008 m) in Prenj massif
You can take a plane to Split, Dubrovnik in Croatia or Sarajevo, the capital of Bosnia & Herzegovina, and it takes 1 hour by car to get to the Konjic city from Sarajevo. Konjic is laying at the north side of the mountain. From Mostar you can reach south side of Mt Prenj by car in 40 min. The routes onto Prenj are long, it can be hot during summer and with plenty of snow in the winter. In the Kingdom of Prenj

Prenj climbing tour
Unfortunately, the Mines are a serious issue on Prenj. The Eastern half of Prenj witnessed a series of battles leaving a serious mine risk in the area east of a north-south line running through Zelena Glava & Velika Kapa.
As for the Central and Western part of Prenj the situation is probably worse than the official mine maps suggest. BH MAC's (Mine Action Center) latest mine maps say there are "No Suspected Risk Areas" west of the area mentioned above, but there is a common fear amongst mountaineers that commandoes operating in this area may have left mines during their operations. In a number of places suspected areas have been identified and paths sectioned off and diverted.
In all parts of Prenj paths have been re-explored and opened up since the war, and these paths are regularly, albeit not frequently, hiked. The signing on some of them has been improved.
As the mine situation is unclear in certain areas and the quality of the paths very variable, it is highly recommended that you take a guide on all hikes on Prenj, or at the very least on your first trip from each of the main trail heads.

During winter/spring avalanches can be a problem. 500 m long west face of Osobac (2099 m)
Climbing on Prenj mountain is very exciting both summer and winter. If you climb in winter season be prepare for hard conditions at 2000m altitude. In the summer the problem can be water... I prefer hiking there in the sunny days of march with deep, hard snow or in June when the mountain are colored by snow and green forest with plenty of water. [img:103581:aligncenter:medium:Sivadije peaks from Taras]
There are some hunter's houses on Prenj but to find them is not easy (Guide!). There are several camps arround the mountain like the lake and camp Boracko which is situated deeply in the one of Prenj's valley. Cities close to mountain (Konjic, Mostar, Jablanica and Sarajevo) offer a good accomodation.

The weather forecast for Prenj mountain range at Accuweather website. 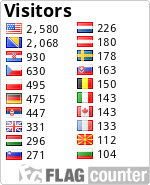