Pyramid Rock (aka Pyramid Peak) is a small prominent summit just northeast of the town of Gallup in western New Mexico. Located within the confines of Red Rock Park, this peak is a surprisingly beautiful hike that affords spectacular 360 degree views into the Navajo Nation, the Zuni Mountains, Fort Wingate, and the surrounding rimrock country. The hike is three miles roundtrip, gains nearly 800 feet in elevation, and traverses scenic ridgelines. As the highest point around, the summit is airy with grand views of the famous red sandstone cliffs formed during the Mesozoic Era.
Red Rock Park (managed by the City of Gallup) consists of a Convention Center, the Red Rock Museum, the historic Outlaw Trading Post (1888), a Post Office, and trails to Pyramid Rock and Church Rock (aka Navajo Church). The Park is open 24/7 year round, and hosts a variety of events including rodeos, Indian ceremonies, and the Red Rock Balloon Rally. Gallup itself is known for world class mountain biking, for some excellent sandstone climbing routes, and for its proximity to the Navajo (Diné) Nation. 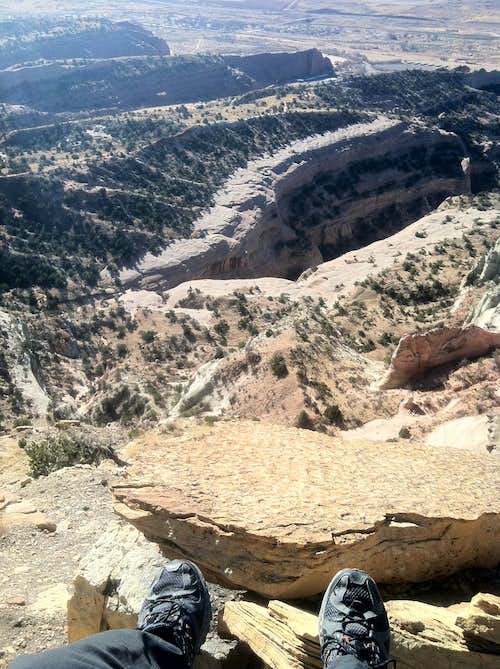 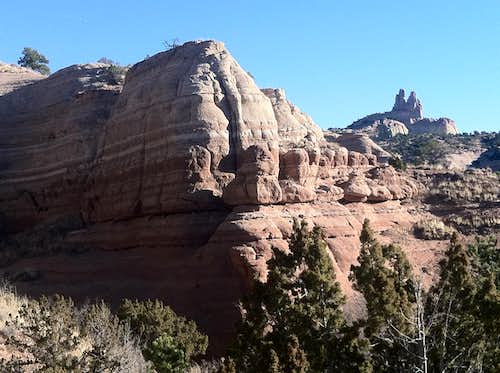 Sandstone Formation & Church Rock
The Fort Wingate army installation was established in 1868 with the return of the Navajo people from Bosque Redondo. After World War I, the Fort became a storage area for surplus army armament. As the storage grew by building bomb-proof cement bunkers, Fort Wingate became known as the Fort Wingate Ordinance Depot. Fort Wingate was deactivated in 1993, so the concrete bunkers or 'igloos' are seldom used today, but still visible, especially from the summit of Pyramid Rock. The Fort Wingate Indian Boarding School (still active today) came into existence prior to World War I, and is where the first World War II Navajo Code Talkers graduated from.
The area is rattlesnake country, so be careful where hands and feet are placed, especially in the warmer months. Other wildlife in the area includes coyotes, feral dogs, bobcats, and mountain lions. 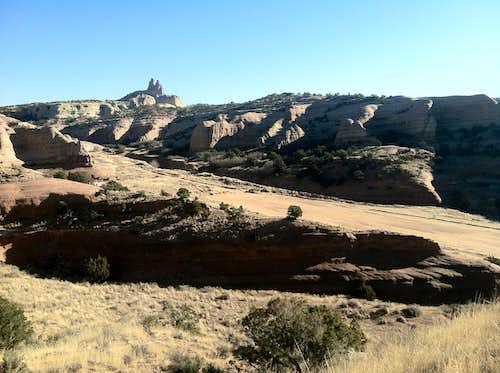 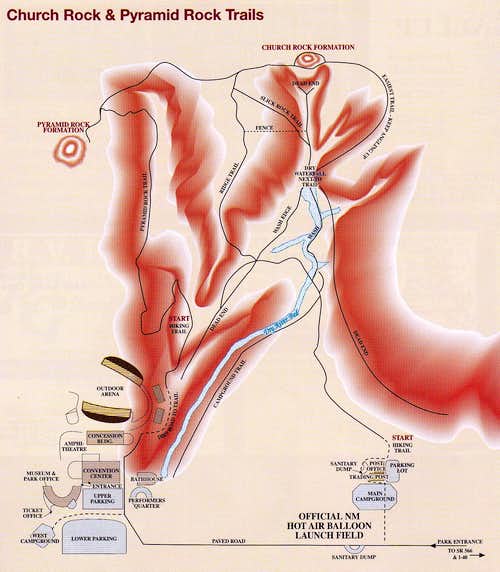 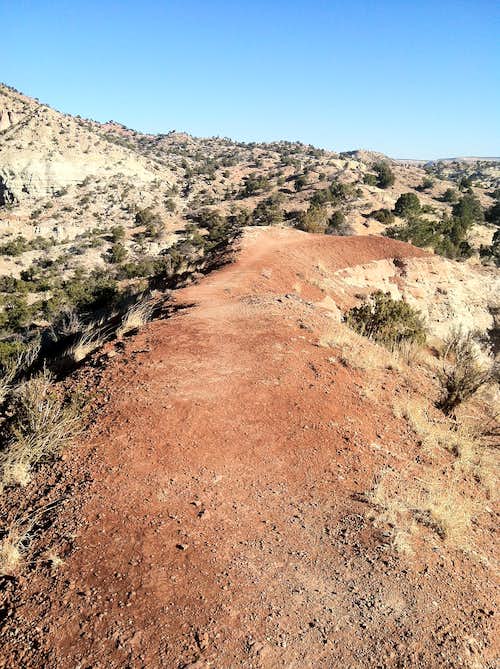 Pyramid Trail
The well-marked trailhead (Pyramid Trail) starts at 6700 feet in elevation and traverses slickrock and ridgelines as it climbs from the canyon bottom to the summit of Pyramid Rock. Views of Church Rock to the northeast dominate the skyline for much of the hike, and hoodoo rock formations pepper the lower ridge of the peak. The trail is Class 1+, well maintained, and easy to follow. Built by the Youth Conservation Corps, this trail has large cairns to mark sections that cross slickrock, uses steps cut into rock, provides resting benches, and offers trail guides along the route. But don't let these features fool you, the trail is sandy, can be steep in places, and edges along some spectacular drop-offs. Rocks are loose and dangerous, and footing can be tricky in spots.
The 7.5 minute USGS map for the area is Church Rock (NM). 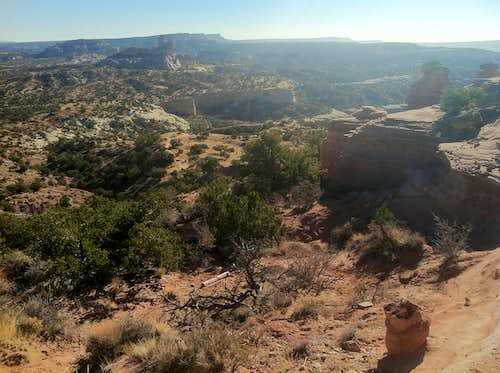 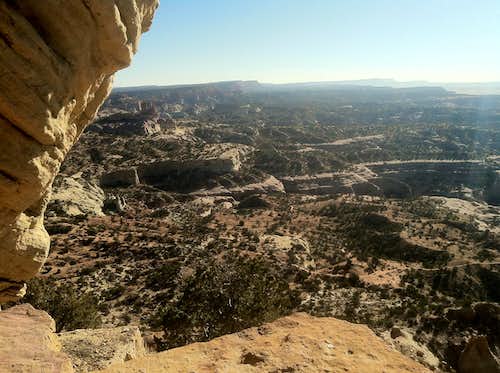 East from the Summit

The best seasons to climb this peak are spring and fall. Summer temperatures can get pretty hot. Winter can be cold, and there is frequently snow and ice. 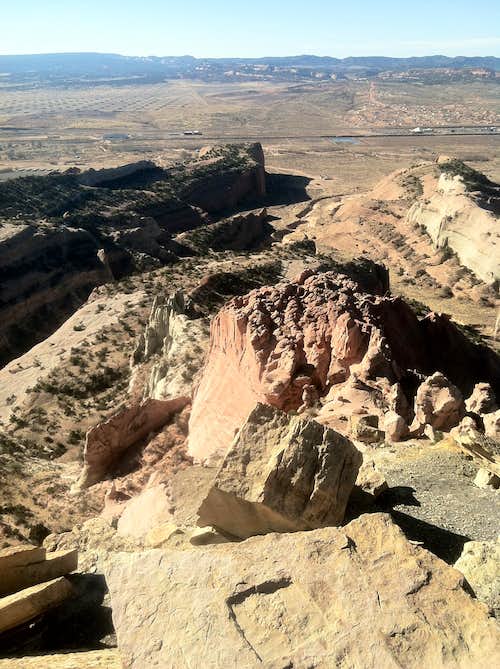 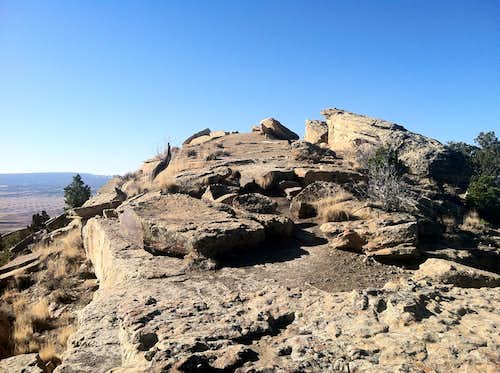 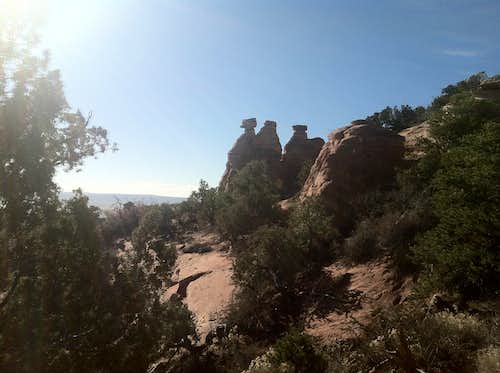 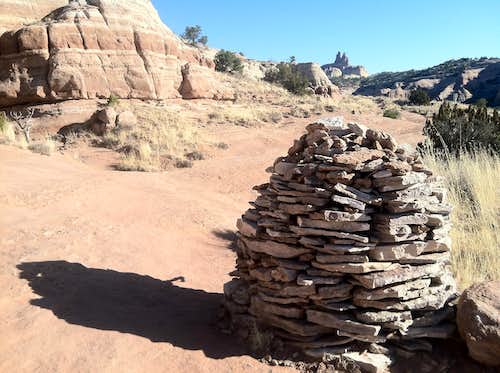 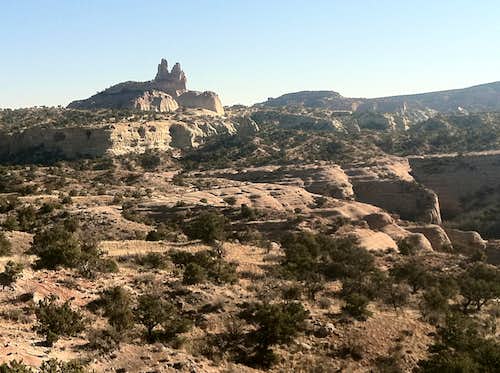