The Quintino Sella hut is one of the main huts on the Italian side of Monte Rosa. It is build on a plateau below the Felik Pass and is the perfect starting point for the ascents to Castore and Lyskamm. 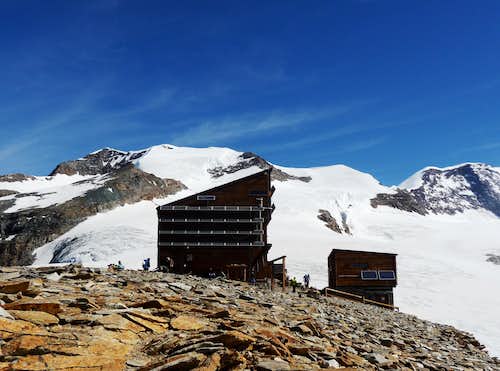 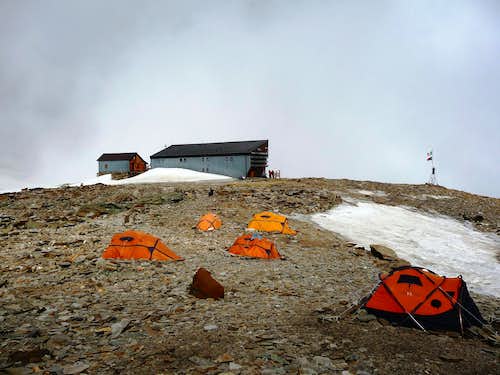 At the cableway arrival station proceed to the right along the path number 9, indicated by yellow painted sign points.

The path crosses on the right (orographical left) of Punta Bettolina and proceed well evident. Than it re-joins firstly the path that goes up directly from Staffal and later on the left (ascending) the path coming from Val d’Ayas – Bettolina Pass. Then the path traverse on the right through a stony deposit and becomes a little bit steeper reaching the final ridge (fromthe beginning of the season until the end of July this part is usually covered with snow).

The last part of the trail is an aerial ridge well equipped with fixed ropes, also a wooden bridge is present, and arrive at the plateau where the Refuge is located. 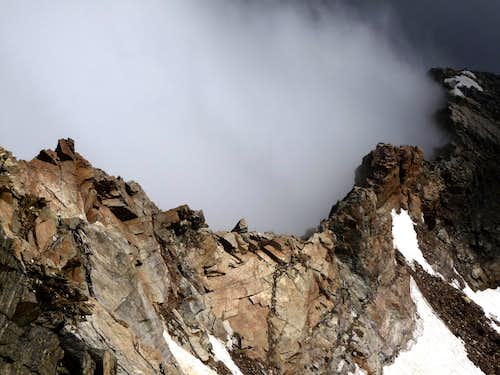 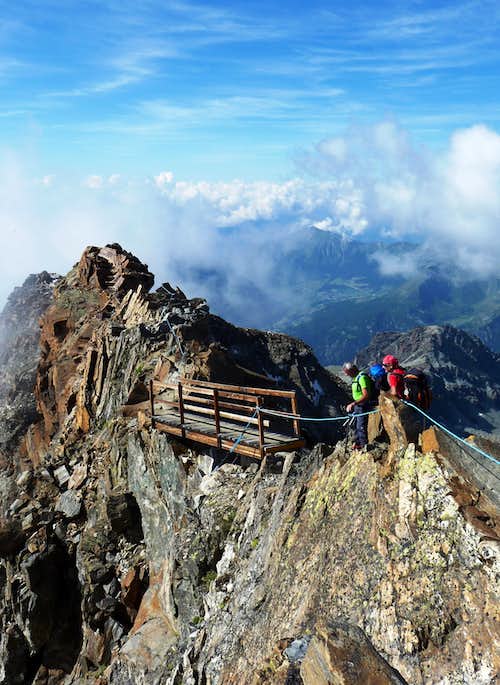 From motorway A5 exit Pont Saint Martin (345m) follow indications for SS44 toward Gressoney-La-Trinite (1624m) and proceed up to the Village Staffal (1823m) where the road ends. Car parking (Free and Pay parking) at the cableways stations.

Bettaforca Pass (2672m) can be reached by foot, ascending directly from Staffal, but usually is reached by cableways or Taxi service when they are closed.

The first hut was opened in 1885 and dedicated to Senator Quintino Sella, founder of the Italian Alpine Club. 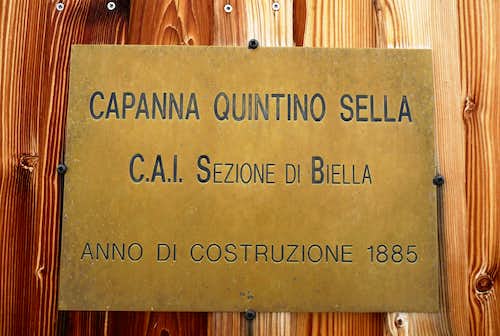 Name Plate on the Old hut

It was rebuild and moved at a slightly higher altitude in 1907 and enlarged in 1924. In 1936 after a huge landslide on the Ayas valley side, the hut was moved to a safe location.

After the end of World War II the hut was moved again on more solids rocks reaching the current location. 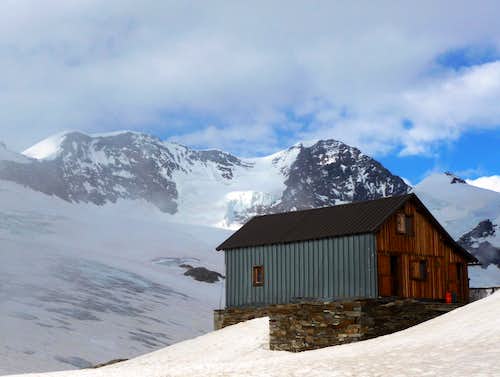 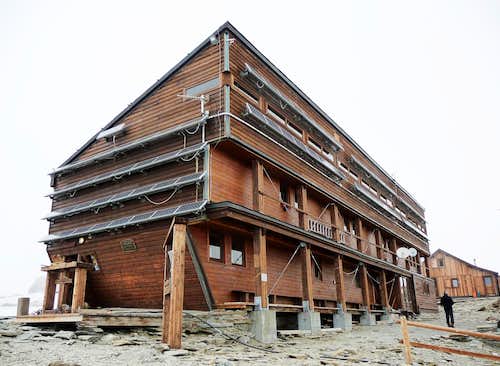 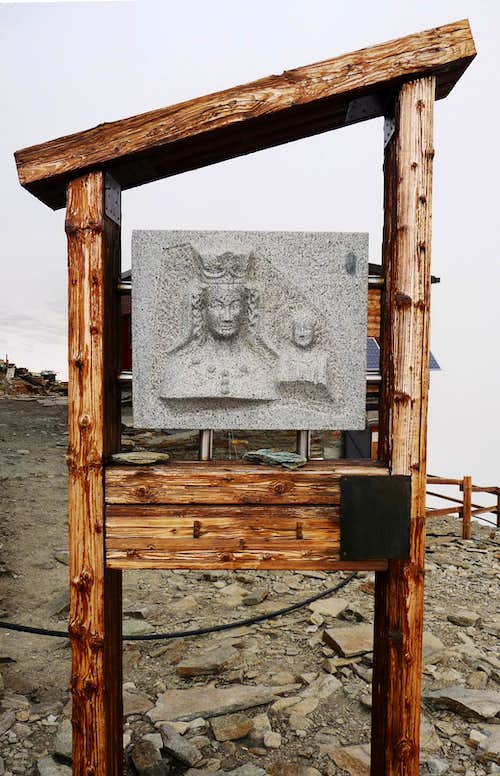 Madonna stone relief at Quintino Sella hut
Works on the construction of the new hut began in 1980 and the new refuge was opened on August 29, 1981. The old one now is used as winter hut. In 1993 the refuge was further expanded and one year later equipped with solar panels, that provides energy for most of the refuge needs. Now it is a modern and functional structure with a capacity of 140 beds. 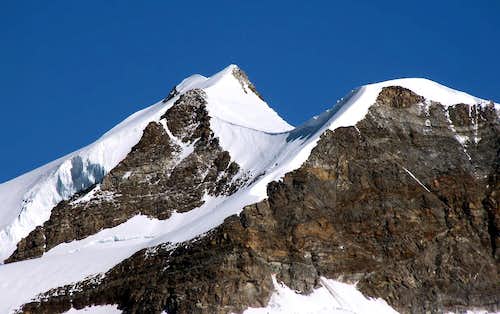 Or base into the Monte Rosa Tour. 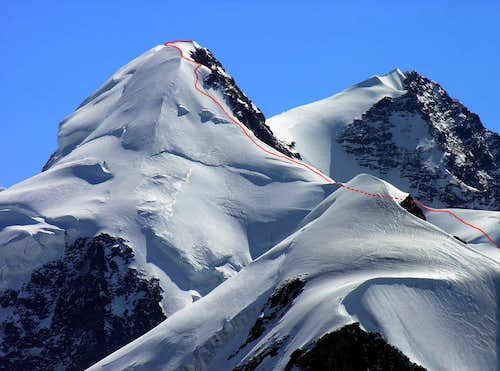 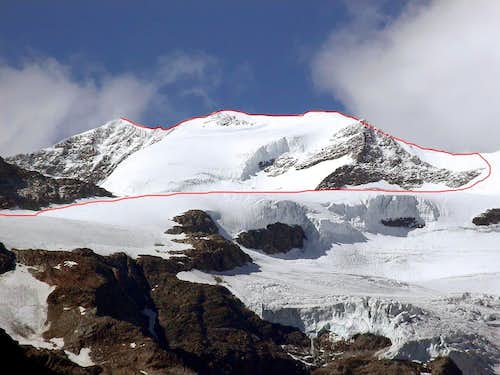 You can get whether forecast at this site: