Rüsselsheimer Hütte early in the morning 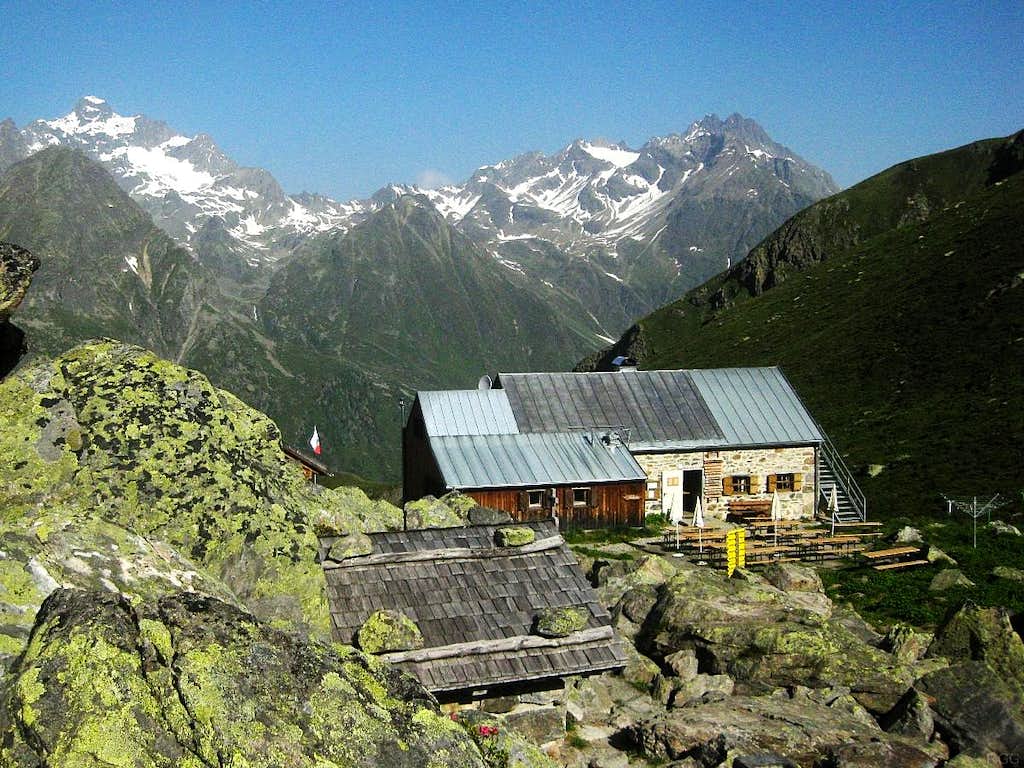 ... with Verpeilspitze (3423m) and Rofelewand (3353m) on the other side of the Pitztal valley in the background. Make no mistake, these two are not within a day's reach: The refuge is at 2323m, and the Pitztal valley floor is around 1600m! Besides, the easiest routes to the summit of either of these peaks are rated UIAA grade II. The Rüsselsheimer Hütte is situated in a fine spot on the Geigenkamm, for summer activities that is. It's conveniently located on the Rüsselsheimer Weg, as well as at the start of the Mainzer Höhenweg. It's close to the Hohe Geige, with several interesting routes to the summit. It has a nearby climbing garden, and finally it serves as a base for alpine courses and organized trips. With all this going on, it's not a bad idea to reserve ahead when you plan to spend the night there. I didn't, actually, because I didn't know all this, but it was early in the season and I was alone. I'm leaving now, just like I had planned to, but I understood that tonight it was fully booked. 30 June 2012.
« PREV NEXT »