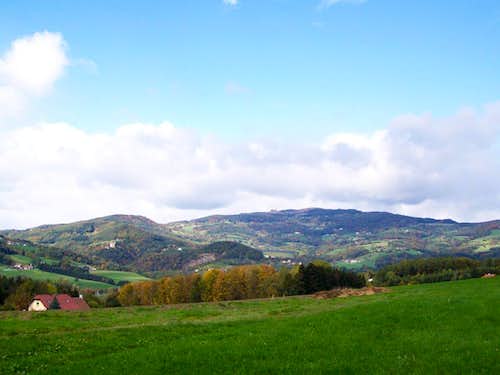 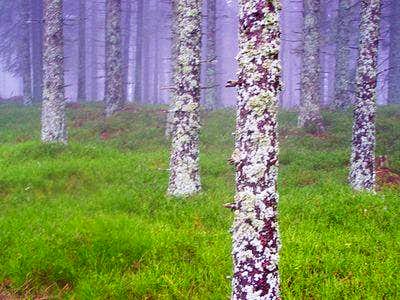 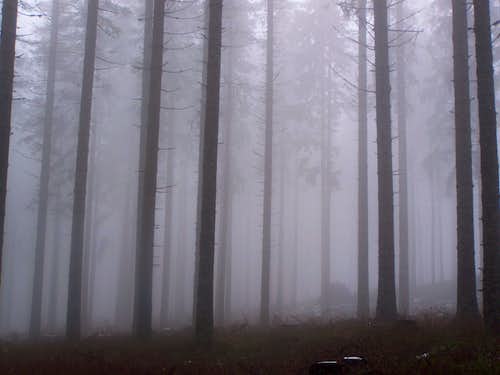 Pöllau is a small historic town in Austria. It is called as the „Pearl of Styria”. Not only the town is beautiful but its surrounding, too.

In 1983 Pöllauer Tal (Pöllau Valley) was awarded the rating "Natural Park" by the province of Styria. This award was presented for the beauty of the landscape, the traditional and careful farming of the land and the way traditions and customs are kept alive in the region. With this title, the region commits itself to demonstrating exemplary sustainable development in the areas of nature conservation, recreation, education and regional development. The Naturpark Pöllauer Tal covers a 124 km2 area.


There are many excellently developed and signposted hiking trails in the Pöllauer Tal natural park. You can explore them with trained natural park guides or on your own. The hiking trails that has their own names are listed here:

There are many other hiking trails, too. But they don’t have own name – they are just numbered and marked trails.


The highest point of the Naturpark Pöllauer Tal is the mountain called Rabenwaldkogel, with its elevation of 1280 m. Rabenwaldkogel is the highest point of an approximately 17 km long mountain ridge stretching from north to southeast, so from the saddle called Gschaid (807 m) down to the village Kaindorf. Not the whole area of Rabenwaldkogel belongs to the Natural Park. The boundary of the Natural Park is on the ridge of the mountain, and so only the eastern slope of the mountain belongs to the park. And really there is some difference between the eastern and the western slopes. While the eastern slope is covered by meadows and by dense forest of spruce on higher elevations (with a total of 220 different plant species), on the western slope – beside meadows and forests – there is a mining area, too. It’s an open-pit talc mine. Talc mining started here in 1820. The following minerals have been identified there:

Though there is a high variety of minerals here, the mountain is basically built of gneiss. It is rarely seen on the surface because of the soil and vegetation, but near the summit there are some rocky pyramids made of this stone. The highest of these rocky pyramids forms the peak of Rabenwaldkogel.


Classification of the Alps by SOIUSA:

With train
Graz – Gleisdorf – Weiz – Anger. On summer Sundays you can travel with oldtimer train from Weiz to Anger. 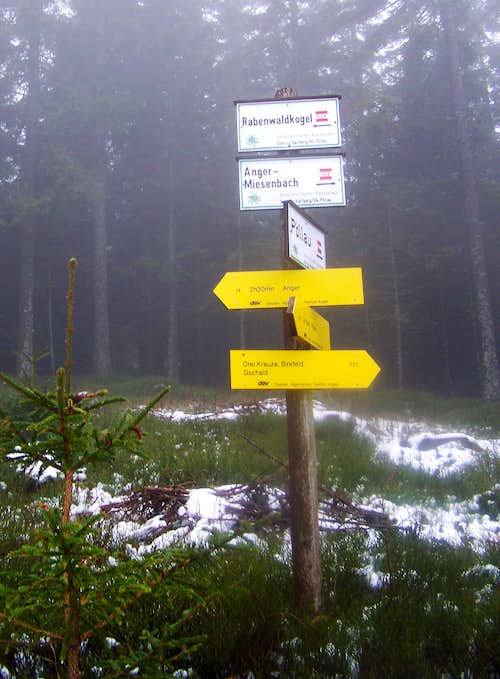 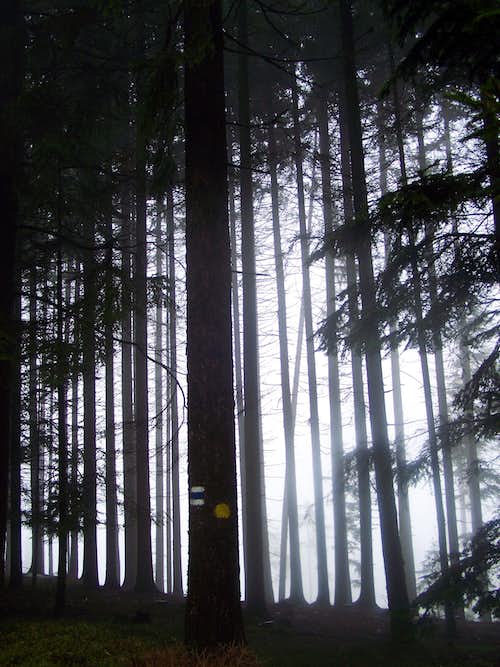 
As there are „too many” trails around Rabenwaldkogel, and it’s not really possible to describe them here. Better if you buy a map and follow the marked trails according to it.

The summit of Rabenwaldkogel can be ascended from two directions:
- From south on a trail with minimal steepness
- From northeast on a trail that is short but very steep. Not recommended for families or in winter. 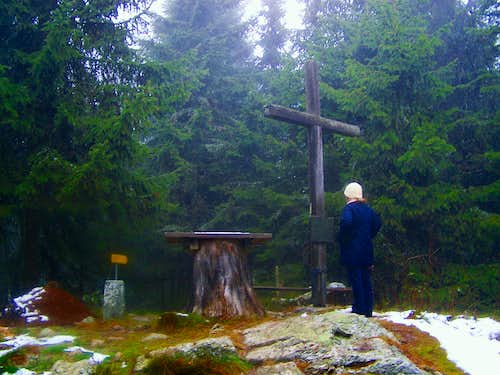 On the summit
The summit is surrounded by trees so there is no panoramic view from there. In general Rabenwaldkogel is not the best mountain for those who want to enjoy good outlooks. Though there are a few points on each trail where you can enjoy some views.

On the summit there is a wooden cross erected, with a plate on it. The plate has the following text:

In addition to the cross there are some wooden benches and a wooden table on the summit.

Access is forbidden to the area of the mine and into its protection zone on the southwestern slope of Rabenwaldkogel.

Camping Steinmann in Stubenberg am See 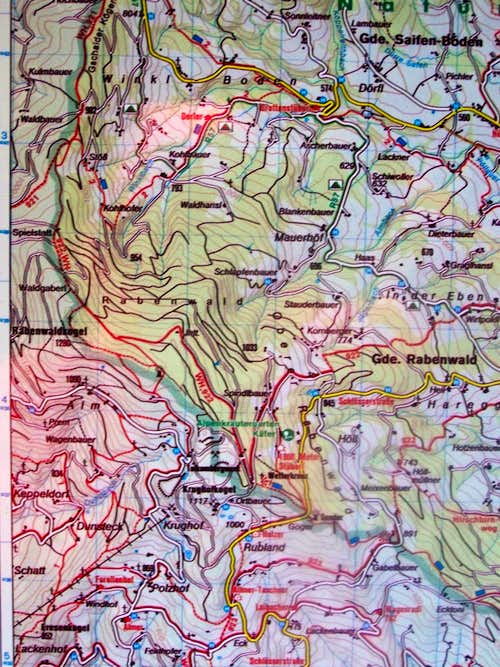 Stubenberg am See (in German)