Racing on the summit 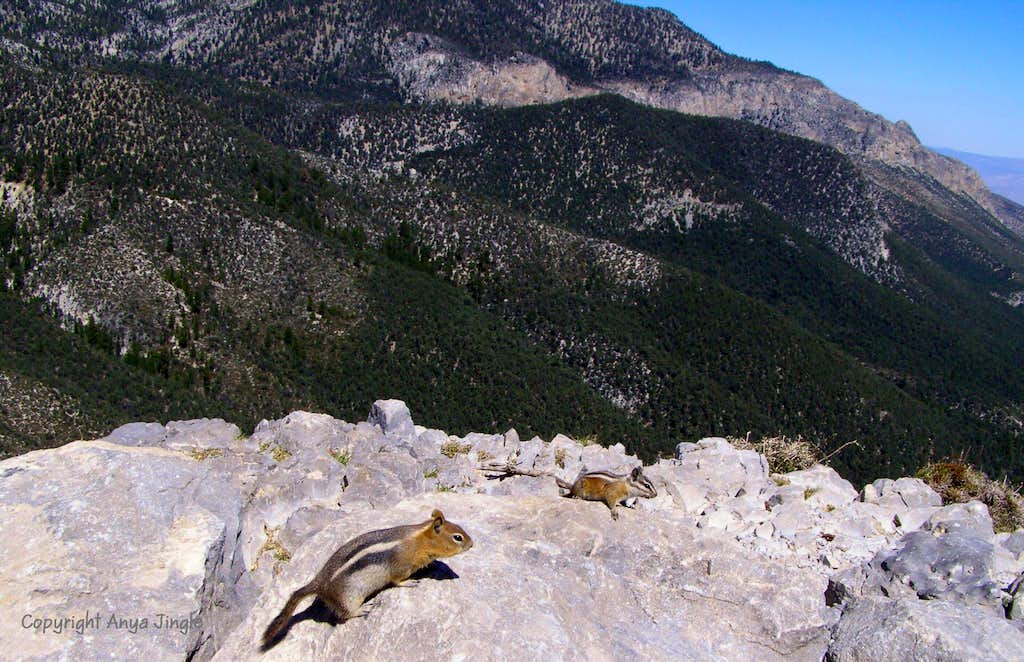 Golden Mantled Ground Squirrel and Palmer's Chipmunk, my summit buddies on Cathedral Rock. Spring Mountains, Nevada. Summer 2009. These two species are somewhat similar in appearance and are often confused with each other. The larger Golden Mantled Ground Squirrel is visible on the left in the foreground. Palmer’s Chipmunk is much smaller and is in the center of the photo. Also notice the white stripes on the face of the chipmunk. A squirrel does not have stripes on its face.
« PREV NEXT »