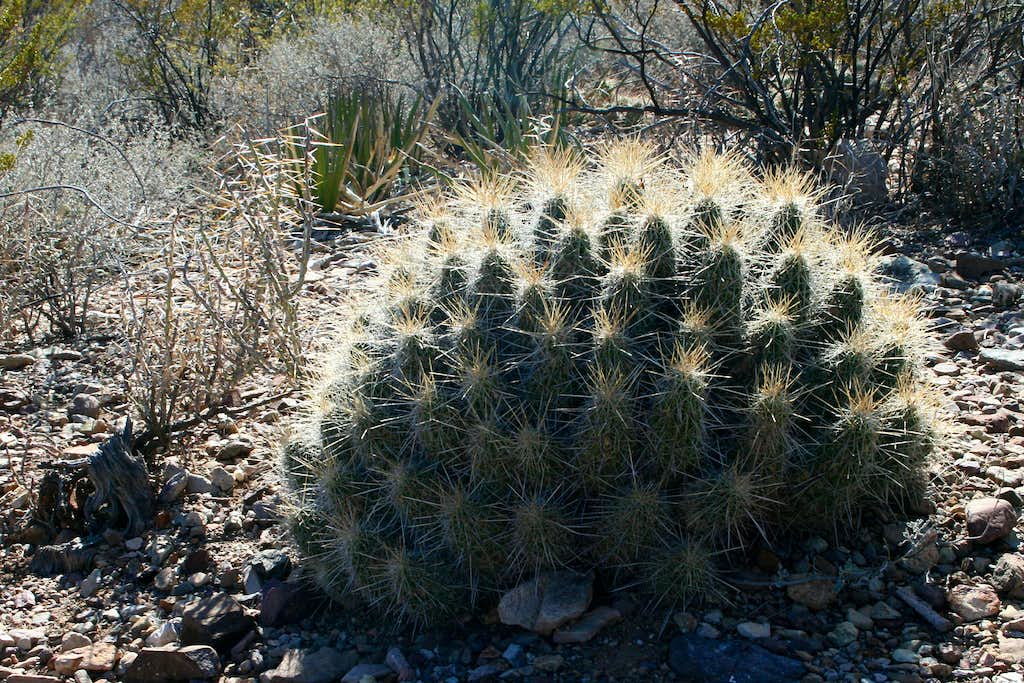 A rainbow cactus in the early morning light of a cold Texas morning (about 18F) in January 2010. Because ranchers overgrazed the lands before Texas bought them up for the national park, what used to be grasslands is now mostly desert scrub. The rainbow cactus is relatively uncommon but Prickly pear, Century plant, Agave, Sotol, Yucca, and other desert plants are common throughout this stretch of the Chihuahuan Desert.
« PREV NEXT »