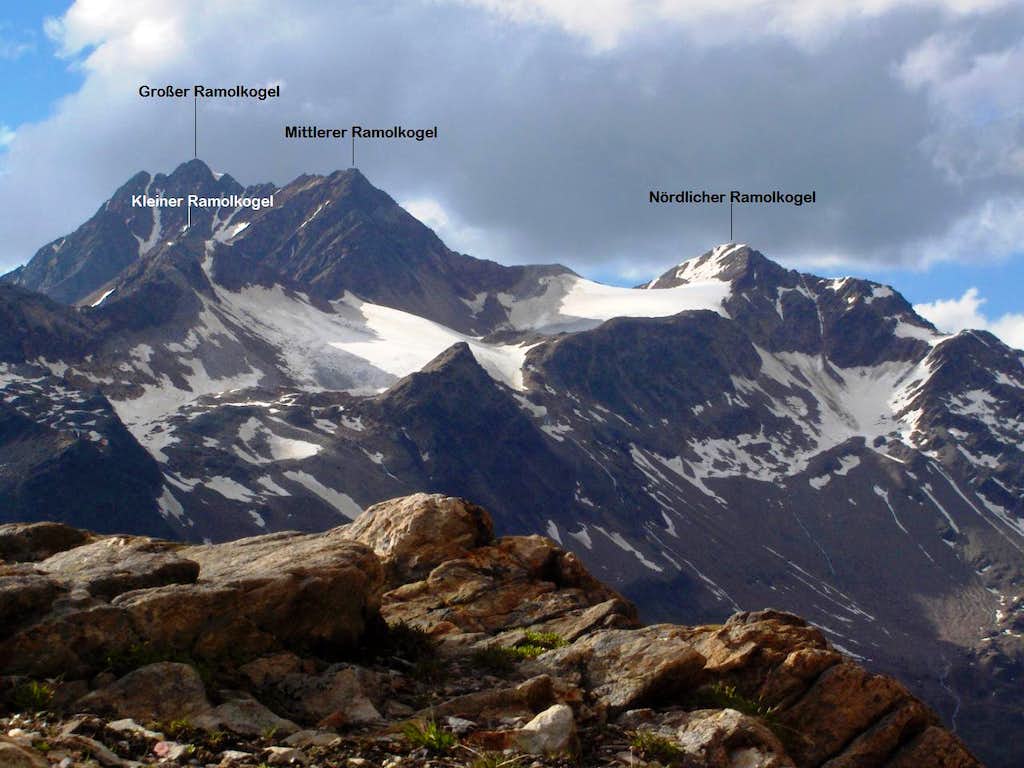 The Ramolkogel, seen from the SSE, near the Hochwilde Haus. The coordinates of the picture are those of the Hochwilde Haus. This mountain has a number of summits. The highest one is the Großer Ramolkogel (3550m). Following the east ridge leads to the Mittlerer Ramolkogel (3518m). Further east, on the other side of the Ramolferner, is the Nördliche Ramolkogel (3428m), also known as Anich Spitze. Rather inconspicuous from this angle is the Kleiner Ramolkogel (3351m), which is on the south ridge from the Mittlerer Ramolkogel. Further along on the south ridge, near the left edge of the picture, the lowest point is the Ramoljoch, which is the saddle on the trail between Vent and Obergurgl. For the same picture without labels, see here. July 10, 2007.
« PREV NEXT »