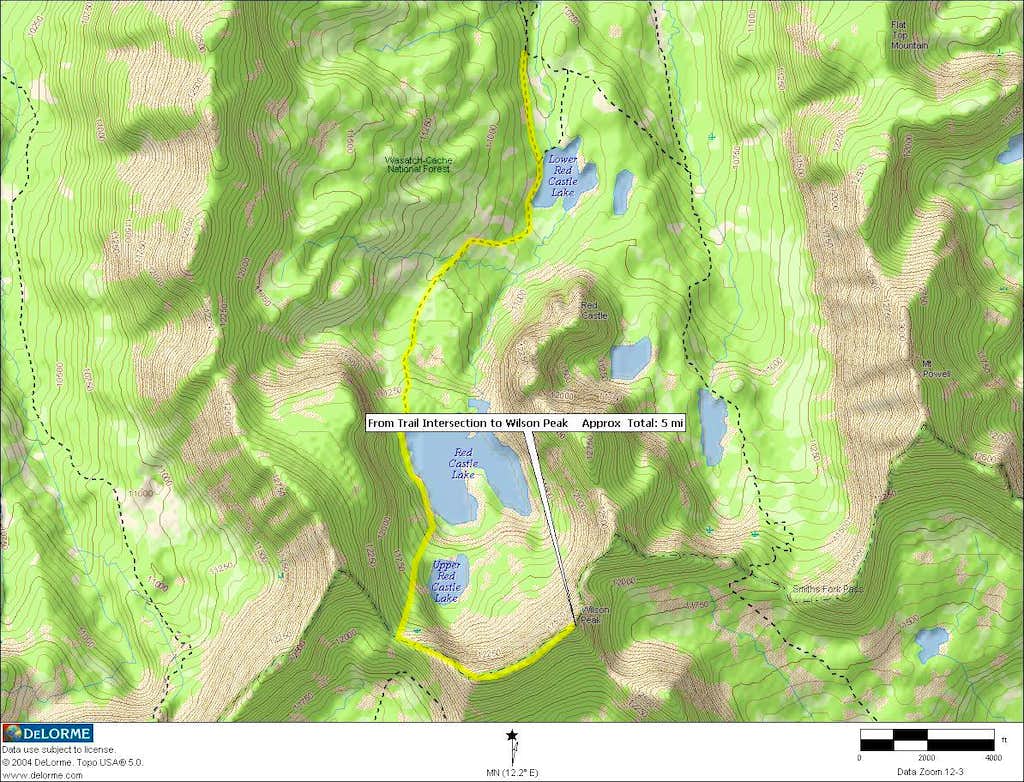 An overview of the route via Red Castle Lakes, highlighted in yellow.
« PREV NEXT »

can Wilson actually be

ascended via the northeast ridge as you've shown (not the one in yellow)? looked pretty cliffy to me, but I know how things like that often turn out to be passable or no big deal when you get close up. I crossed the meadow southeast of the peak and went up the southeast ridge.

Re: can Wilson actually be

Yes. That is actually the way I went up and it was steep with some class 3 which could've been avoided. It is most definately doable. Here
is a pic of the saddle and the northeast ridge, it did get steeper towards the top.

Re: can Wilson actually be

On the southeast ridge there was also some class 3, but of the sort that doesn't even look hard from afar, and probably even easier to avoid (the whole south face is pretty much class 2/2+) but I didn't even want to avoid it.
The saddle must be kind of like the northeast ridge - easier than it looks. Probably the easiest way up the slope below it puts you on the other side of the saddle from the peak, but what appear to be small cliffs on the way down to the saddle are actually no big deal, and a more direct route to the saddle is steeper but also not as nasty as it looks.