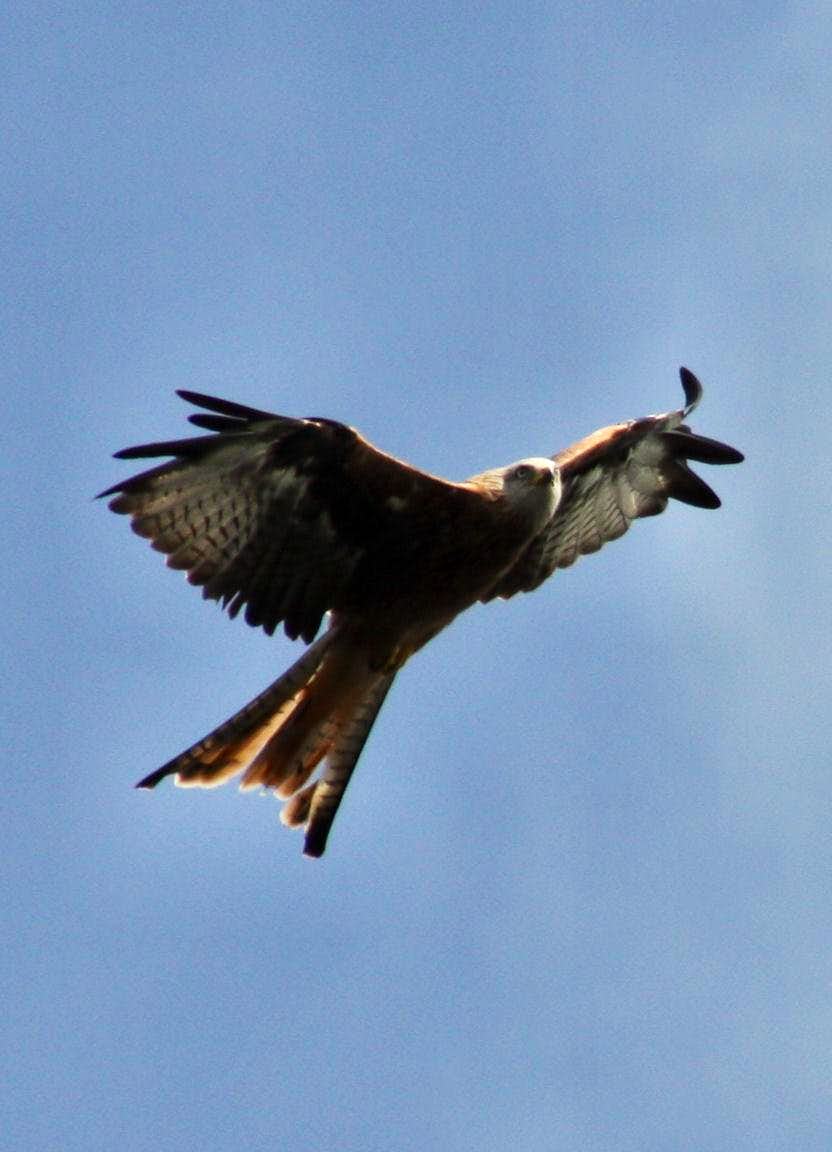 Milvus milvus - The Red Kite I took this photo at Nant-yr-Arian near Pumlumon Fawr in the northern Cambrian Mountains (August 2008). Possibly one of West Wales’ most enigmatic icons is the once extremely endangered Red Kite or boda wennol (swallow-tailed hawk). The Cambrian Mountains were the last refuge of this beautiful bird in the British Isles, which were down to just a single breeding female during the 1930s. It is thanks to the areas wildness, and the hard work and dedication of a few local enthusiasts and farmers that saved it from extinction within Britain’s shores. Even as recently as the 1970s you could travel all day in mid-Wales and not see a single red kite but today following the widespread appreciation of this magnificent bird and strict conservation measures, it is now thriving in Wales and has been reintroduced to several parts of England and Scotland with great success. The red kite was voted overwhelmingly as “Bird of the 20th Century” by members of the British Trust for Ornithology and the RSPB. More information about Red Kites can be found on the RSPB's website: www.rspb.org.uk
« PREV NEXT »

Thanks very much, I've been trying for ages to get a descent shot of one of these, my crummy photography skills letting me down every time, so I'm especially pleased with this one.

When the white Eagle of the North is flying
overhead,
and the browns, reds and golds of Autumn lie in the gutter, dead ...

Hi Larry, how've you been? You're right it is an awesome bird, one of my favourites!
Cheers
Dan

Cheers Stephen - frankly, with my camera skills, I'm amazed I managed to capture anything half descent.

This is one stunning shot Dan.
Well done for getting it just right... In fact perfect...!
David.

lol you should see the amount of blurry slightly out of focus shots I had to take before I got this one.

Were you flying with this bird?

Ha ha! Thank you. Not quite, I wish I could though!