Red Ledge from the north. The... 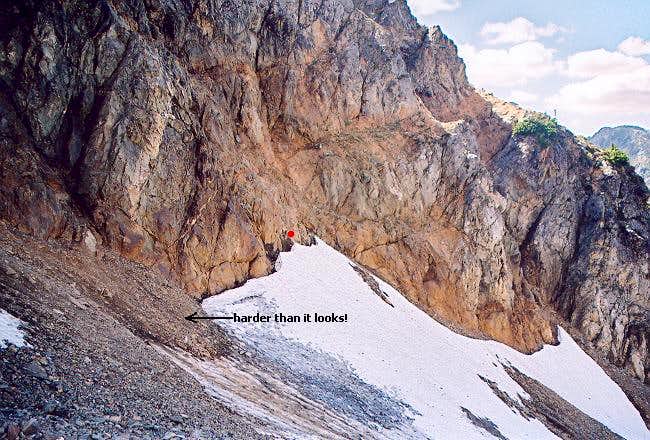 Red Ledge from the north. The red dot is where you climb up to the ledge. In early season the snow will reach right up to the ledge. As the season wears on the snow will recede and eventually form a moat. The moat is not an issue. Also, when the snow disappears it exposes some steep hard dirt/scree. It's harder than it looks. The maximum height to scramble up is about 20 feet on dirty Class 3 ledges. There is some exposure.
« PREV NEXT »

The Red Ledge of Death