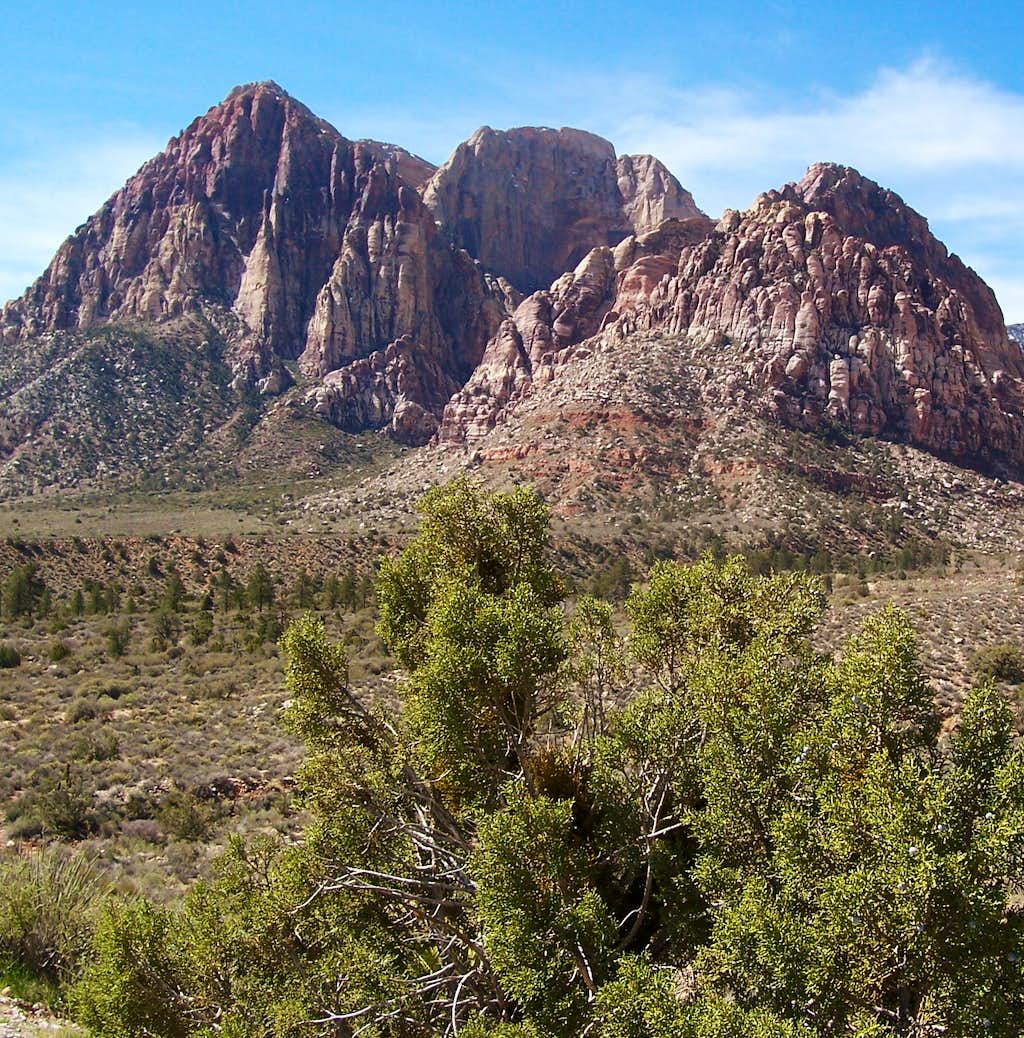 Southern Nevada's Rainbow Mountain Wilderness, established in 2002, is located approximately 12 miles west of sprawling Las Vegas. This wilderness area is jointly managed by the BLM an USFS. The terrain consists of beautiful verticle red and BUFF sandstone cliffs, capped by limestone in some areas, that are DEEPLY incised by narrow, twisting and heavily vegatated canyons. The area contains one perennial stream, called Pine Creek. Elevations range from 4,400' in the canyon bottoms to 7,000' at the top of the sandstone escarpment. The habitat includes rocky outcrops with pockets of Ponderosa pine, pinyon pine and juniper. The canyon bottoms support willow, ash and hackberry species. This range in habitat and the area's unique geology and microclimates support several endemic plant communities, plants that are found nowhere else in the world, such as a type of mariposa lily and ANGELICA. And, if you thought that only ANGELS live here, you are probably not too far off from being right on the money. Photo taken from the Pine Creek Trail - March 10, 2008
« PREV NEXT »