In southeastern Montana, in the shadow of the Continental Divide and just north of the Idaho line, sits what is a leading candidate for the nation's most beautiful wildlife refuge-- Red Rocks Lakes National Wildlife Refuge. Remote and wild, this outpost of the massive Greater Yellowstone Ecosystem rests in quiet splendor fewer than 60 miles from the bustling, tourist-driven gateway town of West Yellowstone. Simply put, this place has the feel of truly remote wilderness even though you can reach it by car, and it is one of the most peaceful, striking settings you can find in the Rockies.

Established in 1935 to protect the trumpeter swan, the refuge is now a haven for all kinds of birds and wildlife; in fact, it is one of the best places in the country to see sandhill cranes, which abound in the grasslands bordering the roads that access the refuge and pass through it.

The refuge consists of two main lakes (Upper and Lower) plus several smaller lakes, prairie, and marsh. To the south, the Centennial Range rises steeply and dramatically, reaching 10,000' and forming part of the border between Idaho and Montana.

Together, the refuge and the mountains provide habitat for many of the signature species of the Rockies, including moose, elk, gray wolves, and grizzly bears. 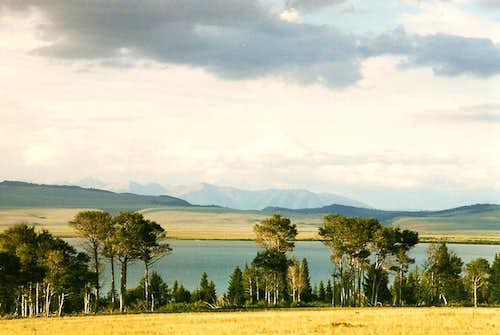 Most usage comes from hunters, fishers, and birdwatchers. However, motor-free watercraft such as canoes and kayaks are allowed on the lakes, and hikers can wander for hours. 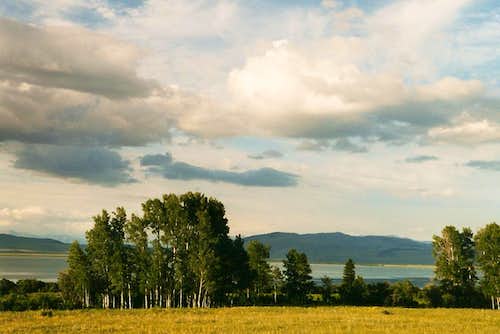 The park has few established hiking trails, but off-trail hiking is permitted. Be prepared for marshy conditions in the vicinity of the lakes. The terrain is gentle.

The nearby Centennial Mountains, a part of the vast Bitterroot Range, run east-west along the Continental Divide and reach over 10,000'. The mountains are on BLM land (the refuge is administered by USFWS), but they can be accessed from the refuge and its vicinity. This remote range is little-known except to locals and is excellent for those who want solitude and a sense of discovery.

About 60 miles of the CDT (Continental Divide Trail) runs through the range. One trailhead near the refuge is at Red Rock Pass, which is east of the refuge and along the access road from the West Yellowstone area. 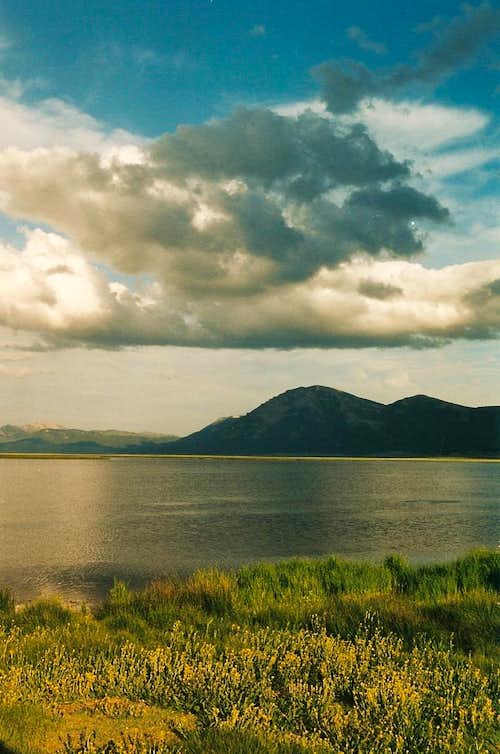 There are two main ways to reach the refuge. Both are via unpaved roads that are generally well-maintained and passable to most vehicles but which can be impassable due to snow or wet conditions.

The first is from the west via the Monida exit on I-15; this is the first Montana exit north of the Idaho line and is actually just beyond it. Drive east for about 30 miles on a gravel/dirt.

The other is from the east. From West Yellowstone, follow US Highway 20 for about 12 miles west to the junction with Montana Highway 87. Travel northwest on Montana 87 for 5 miles and turn south at the Sawtell historical marker. Follow the paved road around the west shore of Henry's Lake for approximately 5 miles onto Red Rock Pass Road (improved dirt road), following it west for about 25 miles to the Refuge entrance. (Note: the second set of directions is copied from this site, but I have driven this route more than once and can vouch for the directions' accuracy; I add, though, to avoid confusion, that the 12 miles from West Yellowstone takes you into Idaho and that the portion of 87 you drive is also in Idaho, as is Henry's Fork Lake).

There are no entrance fees; see the links below for specific regulations. Most roads in the refuge are closed in winter and early spring, but the roads that access and pass through it are open all year, weather permitting.

There are two campgrounds, and both charge a fee. Both have fire grates and primitive toilets; the Upper Lake campground has tables and water.