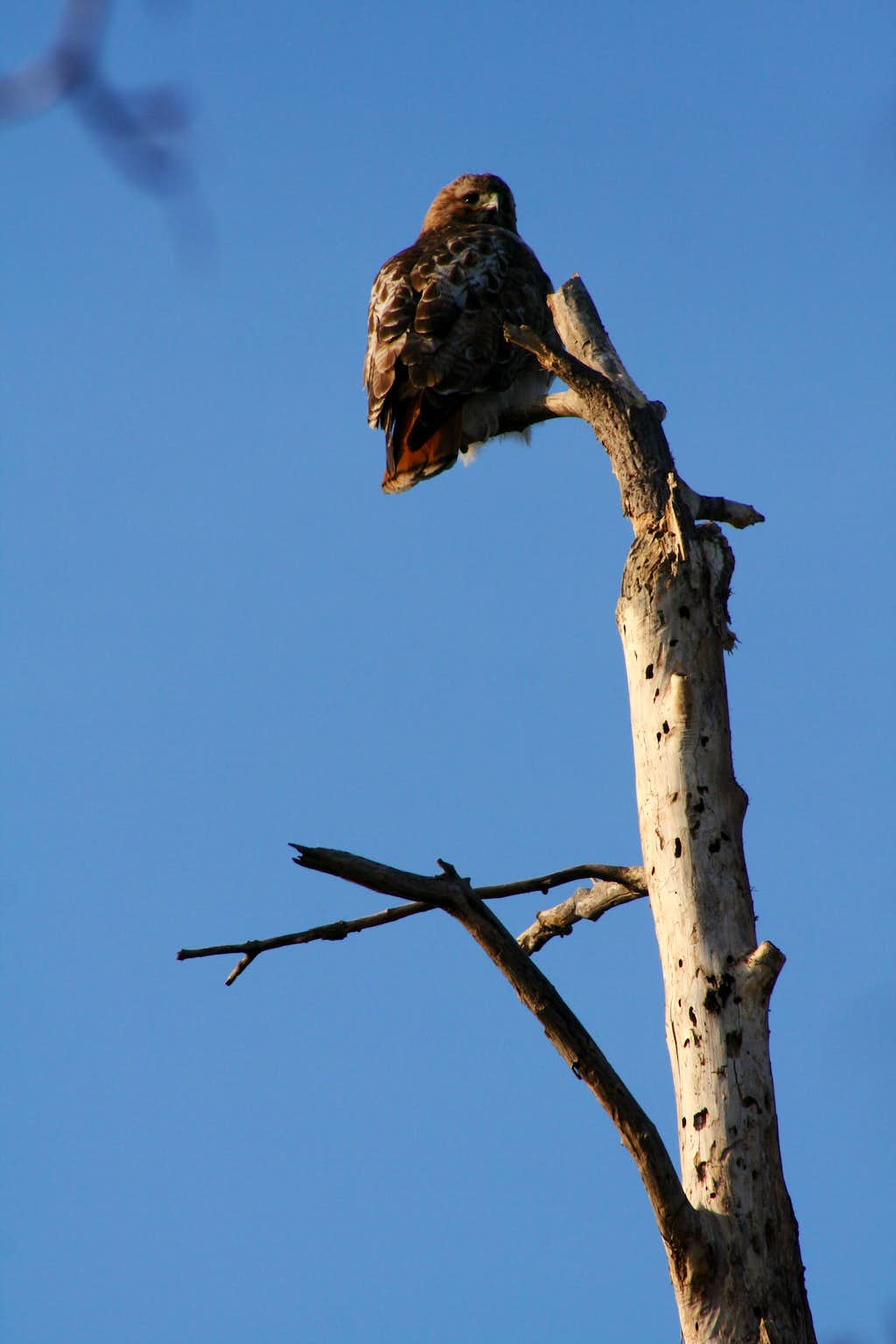 A red-tailed hawk (Buteo jamaicensis). I'm cheating a bit here: this particular photo was taken in Boston, at extremely low altitude. But I've seen this species in the Whites and elsewhere -- actually it can be found all over North America except north of treeline in the Arctic. These are the most common, and loudest, raptor you're likely to see in the Northeast. They often fly in pairs. Since both they and crows like to defend their territories, it's not uncommon to see a dogfight involving one or two hawks and a half-dozen crows (the crows usually win).
« PREV NEXT »

This was in Boston, at Soldier's Field next to Storrow Drive. I pulled over in traffic and snapped a quick shot without trying to walk under it to get the light to my back. Luckily it turned its head when it heard me, and the light caught one eye.