The refuge Mezzalama, owned by CAI section Torino, is one of the historic refuges in the Val d'Ayas, and is also probably one of the most popular in the area.
The construction of the original building dates back to 1934, and was expanded in 1987. The refuge was wanted as a base for the long journey towards the Monte Rosa Hutte, and it is dedicated to "Ottorino Mezzalama" well known ski tourer of the 20s, who died in 1931.
Due to its elevation and the location, is without a doubt one of the most scenic, being placed on top of the moraine of the Grand Verra Glacier, at the base of the rocks Lambronecca, it must be said, however, that almost all the Italian glaciers are decreasing phase, and this is not exception, indeed: this is what the last 10 years has been the decline greater than all.
The Mezzalama refuge is placed on the top of a morraine and it was really surrounded by glaciers, but now these remain only a small part. In any case, the breathtaking view of Castor, Pollux, Breithorn, on Felik glacier, the great and small Verra Glacier, moraine, on the Pian di Verra Inferiore and the whole Val d'Ayas worth the walk that it is not impossible .
The refuge offers catering service and bar and of course it is possible to stay overnight at relatively low price.
The usefulness of the hut has been resized after the opening of the shelter Guide d'Ayas 400 meters higher, which is more confortable for climb routes. Anyway it remains often reached by hickers and tourist. 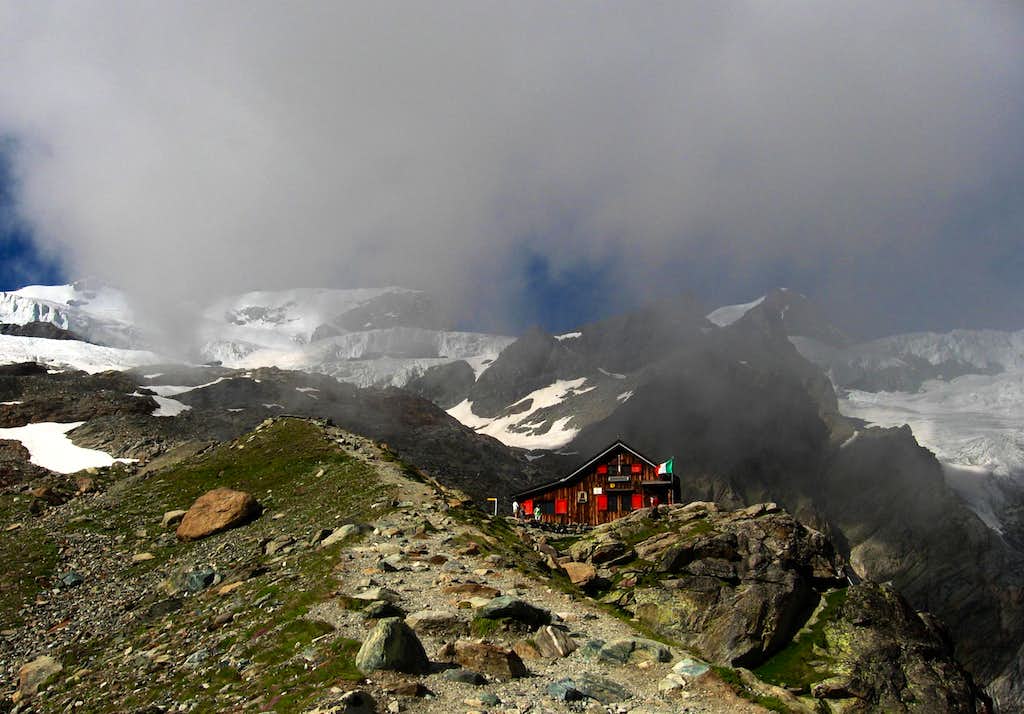 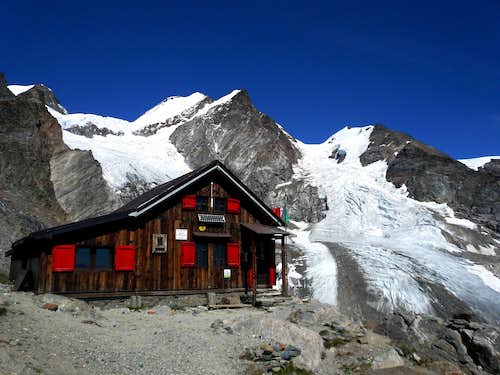 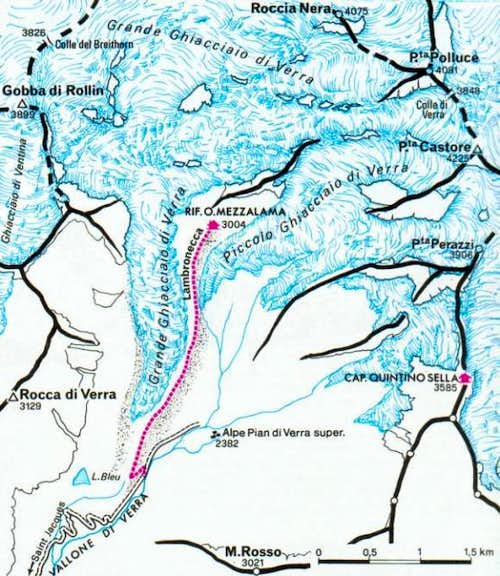 The road to the refuge Mezzalama
From the hamlet of St. Jacques (Champoluc), leave the car in the square of the Church and continue on foot for a few minutes until the village Blanchard. Here the signs pointing us in the direction of the path 7 which we will follow and soon on the right is a bridge that we cross. The trail continues to climb in the woods, spend a clearing with the construction and re-enter the woods until our path joins a mule track.
The latter, quite flat, soon joins the dirt road (private traffic is prohibited) from Saint-Jacques. You now have in front of you a green plain called Pian di Verra Inferiore, after which the signs indicate the Blue Lake and right Mezzalama Refuge and the Refuge of the Guides of the Val d'Ayas.
After crossing the bridge, the dirt road with numerous hairpin salt, but we follow the path, always well marked, which cuts across the road like a shortcut. Once the switchbacks the trail continues into the dirt road that runs alongside the stream, goes flat in the valley that leads to the Pian di Verra Superiore 2350m. Shortly before, indicated by two signs, the trail branches off to the left and climb the steep slope that forms the edge of the moraine of the glacier.
Then walk along the crest of the bank and we are already ahead of the Mezzalama refuge, higher up and away we also see the Refuge Guide d'Ayas. The land of mixed grassy and stony now becomes stony and gravelly, a typical feature of the moraines. We still continue and arrive at Ottorino Mezzalama Refuge. 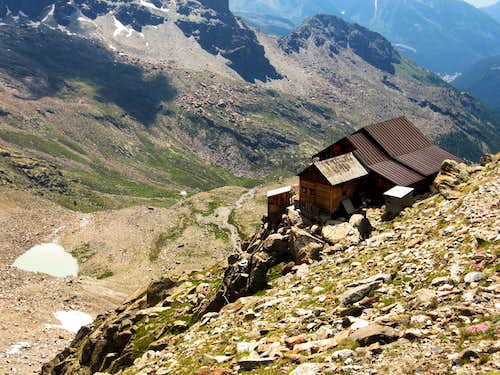