Regardless of which route you... 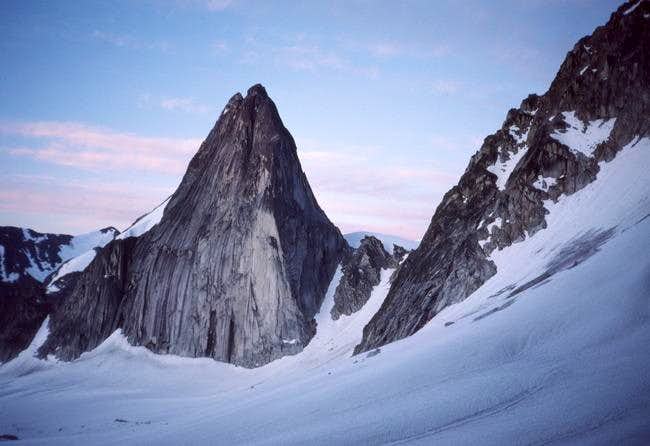 Regardless of which route you climb, you'll probably want to descend via the Kain route and Bugaboo-Snowpatch Col to the Crescent Glacier. Passing the bergschrund that cuts the slope below the col can be hazardous. My trips to the Bugaboos have been in late June or early July, to take advantage of the most snow on this slope. On the other hand, friends who go later in July don't get rained out as often as I have. The snow hump beyond the col is the upper Vowell Glacier.
« PREV NEXT »