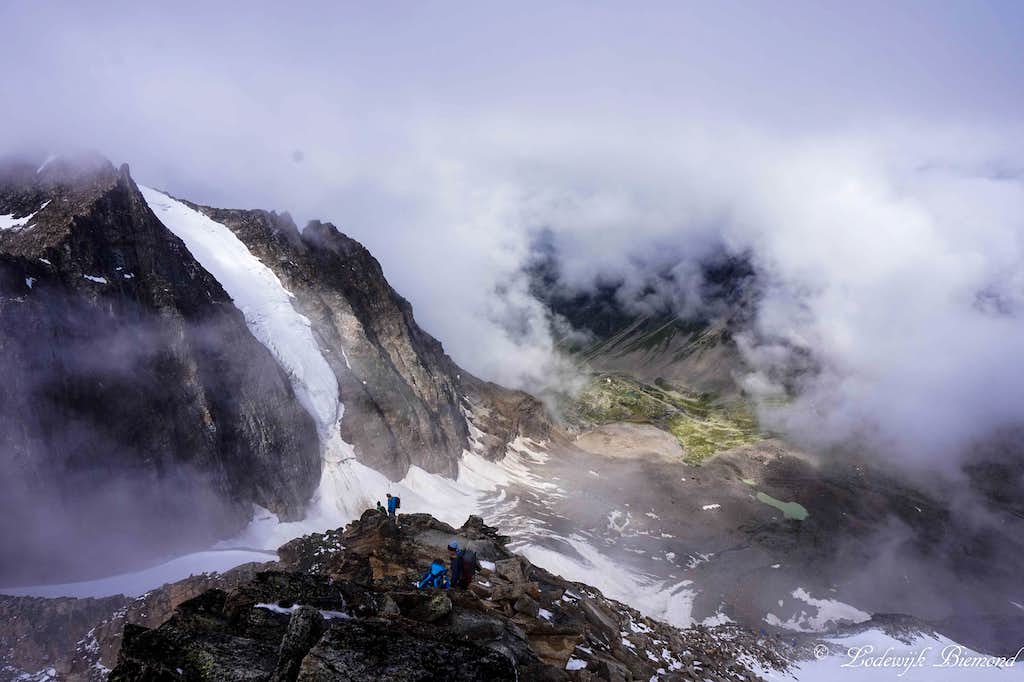 The Reinstadler route to the summit of Hoher Angelus (also Grosser Angelus or Angelo Grande) is the normal route on the mountain. This is not how it used to be. In past times the normal route was along the Angelusscharte to the summit, but because of global warming this route has become increasingly dangerous due to rock fall and is seldomly used nowadays. In present time, the Reinstadler route is used for climbing Hoher Angelus.

Hoher Angelus is the second highest mountain of the Laaser Kamm after Vertainspitze (3545m). It is a popular objective for climbers, also because of the vicinity of the Düsseldorferhütte. Hoher angelus can be climbed from the Hut in 2,5 to 3 hours. The Reinstadler route is not particularly difficult and is graded PD-. It involves some climbing in the first grade with a few passages of I+/II- (UIAA scale).  However, the airy sections are equipped with steel cables.

The Reinstadler route is popular for a reason. In high summer, it is possible to climb the mountain without contact of the glacier. Be sure to check the actual conditions though! Furthermore the route can be considered a real alpine climb, but is not too difficult. The route can be combined with a climb of Vertainspitze. This classic traverse includes climbing Hoher Angelus along the Reinstadler route.

Reinstadler Route TOPO
This section describes the route from the Düsseldorferhütte to the summit. To get to the Dusseldorfer Hut see the section below:  "Getting There".

Leave the Düsseldorferhütte in a northeastern direction. Directly behind the hut a marked trail is visible. It goes more or less in a straight line towards Hoher Angelus, which is visible from the Hut. The first part of the trail descends a little into the lowest part of the moraine field. The trail is marked with big, yellow painted dots/stripes. After 10 minutes of hiking there is a wooden sign saying ‘’Hoher Angelus’’. At this point there is a junction. The old route, route 2, goes directly towards the Angelusscharte. This route is not recommended anymore due to danger of rockfall.

Therefore the signpost guides you to the right route: Follow this route (route 2A) over the moraine field (yellow markers) until you reach the base of the climb: the near vertical northwest wall. At this point put on your climbing equipment (Via Ferrata set). If you have the proper experience it is possible to climb without one. The first part of the route is secured by steel cables, which makes it a short Via Ferrata. After the steepest & exposed part, the steel cables stop and some light climbing is involved (UIAA I to I+/II-). After some fun climbing the steepness decreases and one reaches the northwest ridge of Hoher Angelus. At this point the glacier, the Zayferner, is to the left of you. Keep following the
ridge up and do not go on the glacier. In high-summer, the ridge is free of snow and ice.

Reinstadler Route Map
Keep following the ridge up until the summit cross comes in sight. It is a possibility to avoid the rocky summit ridge and cross the upper part of the glacier/snow field beneath the summit. At this point you go to the summit in a direct line. Avoid this part without the use of glacial equipment. Otherwise, keep following the ridge to the summit. Just before the summit, some climbing over large builders is acquired to reach the summit cross. The climbing is graded I to II- at max (UIAA). After this pleasant part of climbing over solid rock you will reach the summit of Hoher Angelus.

Descent is the same way back. A nice variant is the traverse together with Vertainspitze. In this case descend into the Angelusscharte. The route goes as follow from that point: Laaser Ferner – Rosimjoch – Vertainspitze.

In high summer, with good conditions, the Reinstadler route is a relatively easy tour on a real alpine mountain. The summit can be reached without contact with snow and ice. But if the conditions are not optimal, make sure you are well prepared. The climbing parts are tricky with fresh snow or in icy conditions. 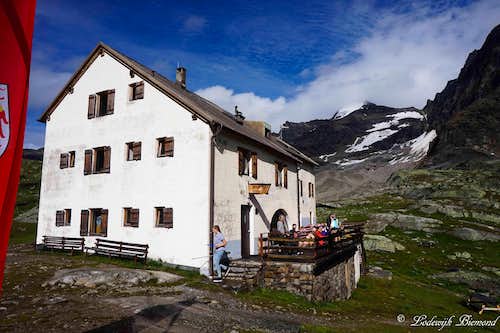 Essential Gear & When to climb 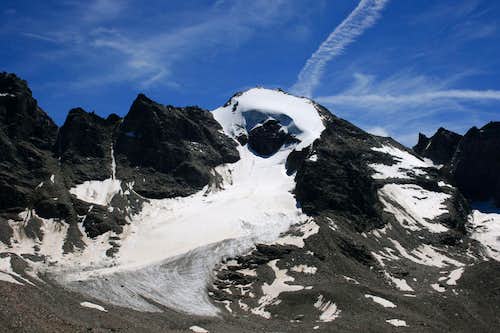 Hoher Angelus, 3.521m by flow
In high-summer, if conditions are optimal it is possible to climb this route without stepping foot on snow/ice. Good hiking shoes are sufficient for the experienced hiker/climber. It is advisable though, to bring a via Ferrata set and/or rope for the climbing sections including the Via Ferrata itself.
If conditions are not optimal full glacial equipment is advisable, but not obligatory when staying on the NW-ridge. The best time for climbing this route is the summer months. 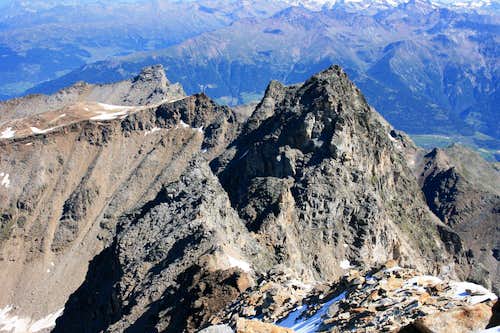