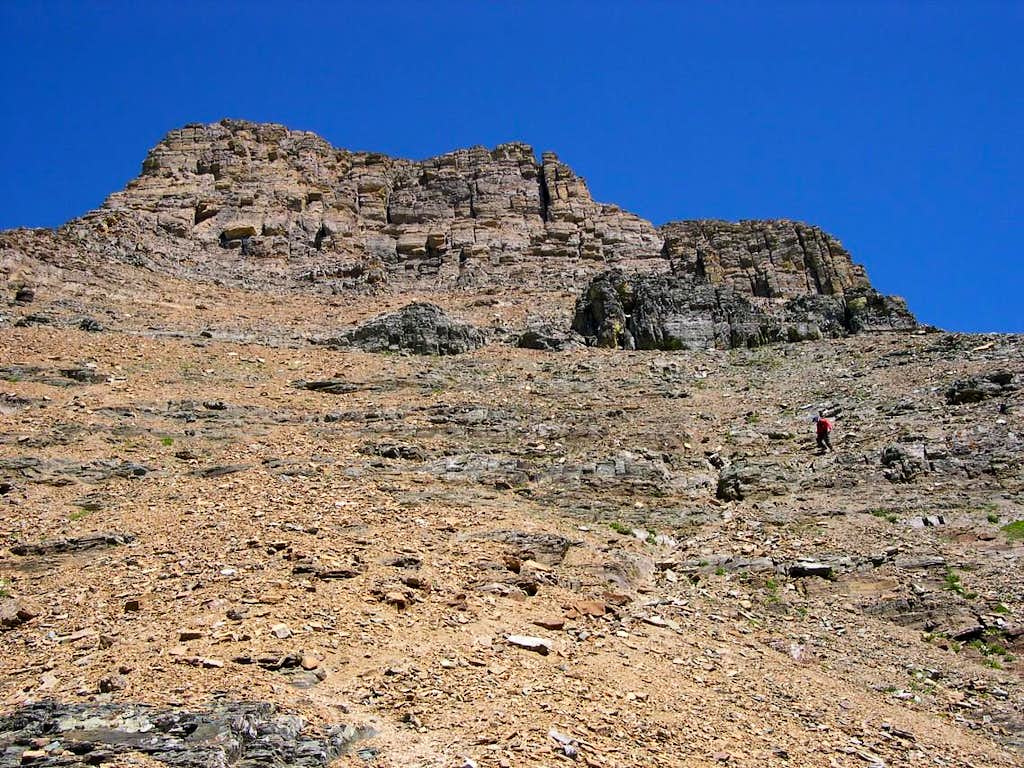 SP member saintgrizzly descends the infamous scree slopes on the south side of Reynolds Mountain. This loose terrain must be ascended in execution of the Southwest Talus Slopes Route. The reward though is a "ski descent," if you're accustomed to it. When climbing the route, aim for the darker buttress on the right, which will put you in position for ascending the cliffs that guard the summit. Glacier National Park, Summer, 2006.