Rhapsody of the Wapiti ?? 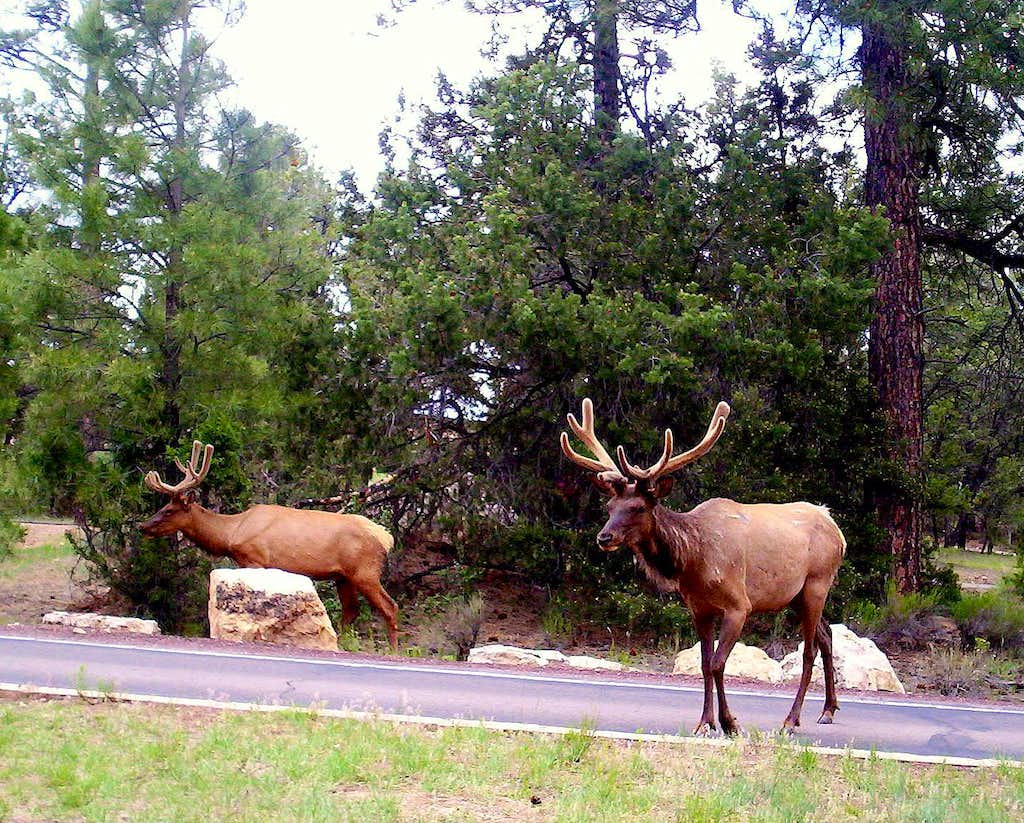 Rocky Mountain elk are among the most studied of animals. Most biologists agree that today's Rocky Mountain Elk (or wapiti) are direct descendants of the Red Deer of Asia and Europe. These elk now live as far east as Pennsylvania, where they were reintroduced, in the early 1900's, and now more than 700 elk roam though the forests in the north-central part of Pennsylvania. Scientists are investigating the feasibility of reintroducing elk to other parts of the East. Elk populations are (currently) increasing in other states where they had almost disappeared. The Ponderosa pine forests surrounding Flagstaff, Arizona, are home to an increasing number of wapiti. Once down to only a few individuals, California's 7,500 elk now live in locations from the foggy coastal ranges to the hot and sunny interior valleys. And, for the first time in decades, elk can be seen on the prairie between Denver and Colorado Springs where they were abundant before human settlement. Although elk will probably never return to their historic numbers nor to all of their historic range, far more elk inhabit the United States than at any other time in the past 100 years. (Source : Rocky Mountain Elk Foundation - 1999) My wife and I came across these elk on the south rim of Arizona's Grand Canyon, just across the street from the NPS Park's Headquarters building. After having a discussion over the fact that these animals are indeed wild and part of the BIG PICTURE, I convinced a group of "photographers" I was with to stand clear of these animals. Five minutes after taking this picture, two NPS (law enforcement) vehicles showed up, and politely urged a group of curious spectators to disperse. June 11, 2009
« PREV NEXT »