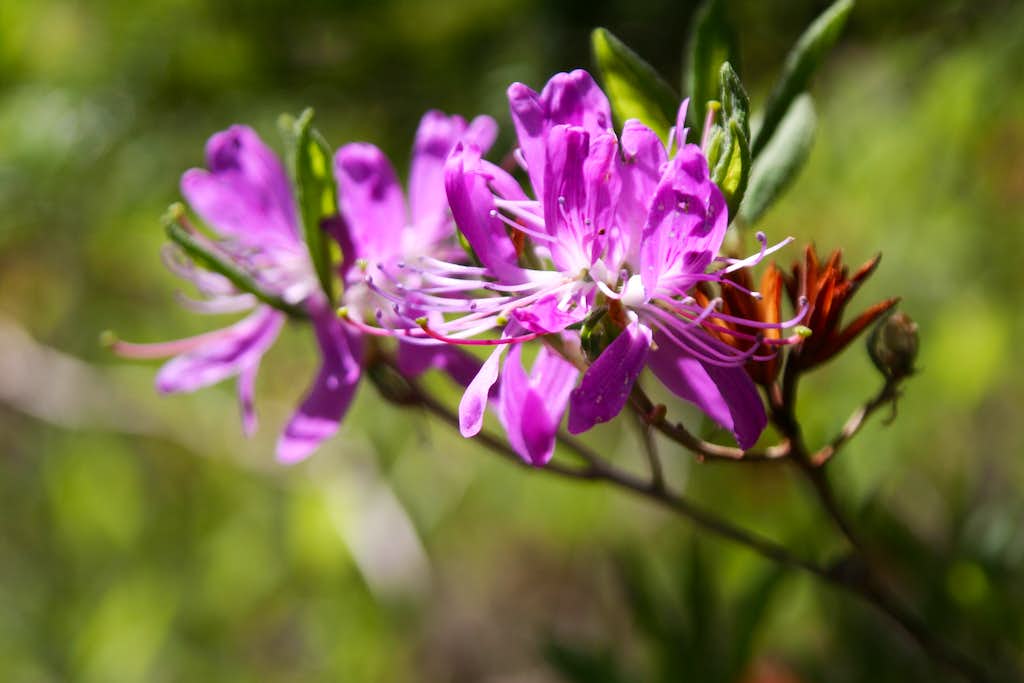 This must be Rhododendron Canadense, though I have trouble getting the count of 10 stamens that is supposed to identify this species. Another possibility might be pinkshell azalea, R. Vaseyi (5 to 7 stamens), but that is only known to grow in a few areas in and near North Carolina, or as a garden escape in Massachusetts, and despite similarities in color and overall shape doesn't have such dramatic "splits" between top and bottom sets of petals, and between the two bottom petals, as are clearly visible here. This species enjoys a complicated taxonomy thanks to a long history of changing classifications. Within genus Rhododendron, there are eight subgeni, two of which make up the rankless group "azalea". One of the two is Pentanthera. Within Pentanthera is a "section" called Rhodora that includes this species and R. vaseyi. Near the summit of South Baldface, June 16 2007

This image is licensed under a Creative Commons Attribution-Noncommercial-Share Alike 3.0 License.
« PREV NEXT »

I noticed few minutes ago only that azaleas had already their album, so I prefer to detach all azaleas of the rhododendrons album, to avoid making a redundant album. I hope you don't mind, your picture is very nice btw.