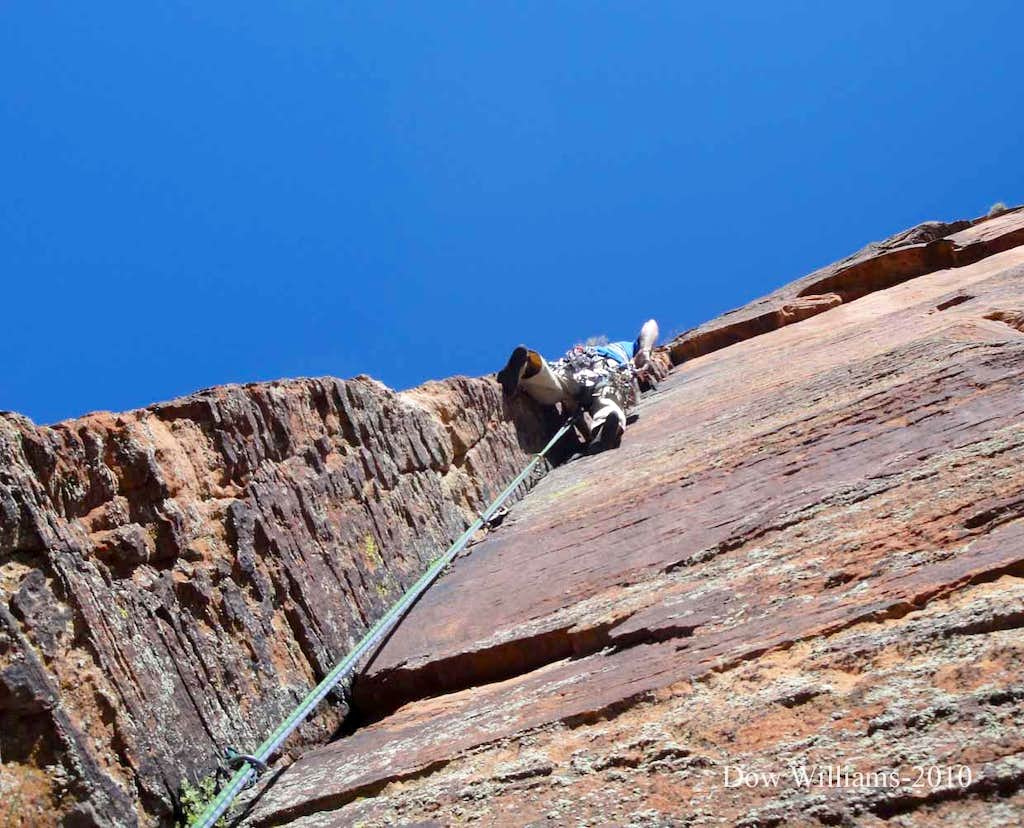 5th-6th Pitches- 100m- 5.9X/ The 5th pitch is a very dangerous and somewhat run out pitch. I advise skipping these last two pitches until you have secured the knowledge that they have been cleaned. I do not advise cleaning the death blocks on this pitch unless it is a coordinated effort with someone on the ground as well as with the park. Although there is no danger these blocks would damage any of the lodge, the fact anyone would cause this severe of a rock fall this close to the lodge could indeed get you in hot water with the park service. The ground coordination would be vital as the first four pitches of this route are gaining in popularity We had someone behind us (bailed after the first pitch) and friend of mine also has been on this route when another party was on it. The first four pitches at least appear to be gaining in popularity. Take the corner up until its terminus. Unfortunately if you thought the rock was iffy to this point, it gets much worse and run out from here. Continue up precarious face holds for almost the same distance as the corner itself. You will come to a narrow ledge below significant death blocks up and right, stacked like dominos. To reach the bolted station above the blocks, you much actually climb them which is scary indeed. Tread and breath lightly is what we did. We did not continue to the very top on the 5.7 ground (according to the topo in the guide book) due to even more blocks above as shown on the topo as well as “poor bolts” for the top rap which I have been told is a bad pin and bad bolt. Riddler's Delight, 5.10X, 6 Pitches, Carbuncle Buttress Area, Zion National Park, May, 2010
« PREV NEXT »