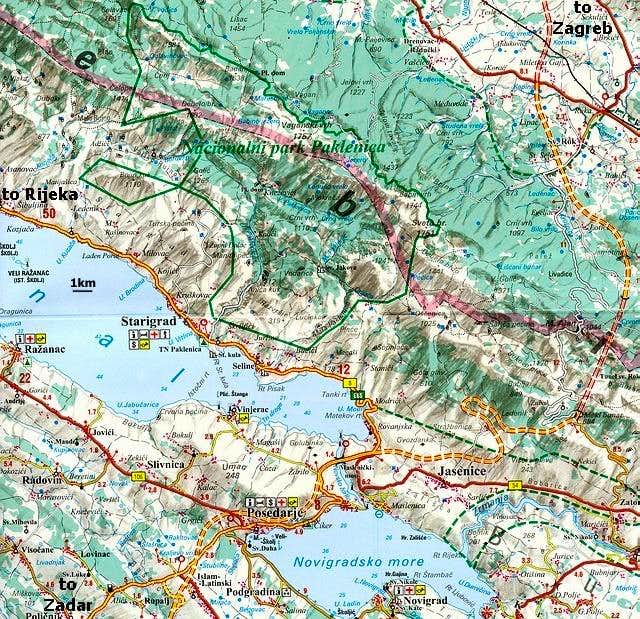 Road map (1:150 000 scale) that shows part of South Velebit placed around Paklenica National Park. Wide green line is border of the park. Pink border is one between Zadar & Lika-Senj districts. Routes are showed on the smaller area map. Section of the Zagreb - Zadar highway on the map, showed as interrupted, was under construction when map was published. Since June 2003 it is open. In June 2004 complete highway will be done. Sveti Rok tunnel through Velebit is almost 6km long and is currently longest in Croatia.
« PREV NEXT »