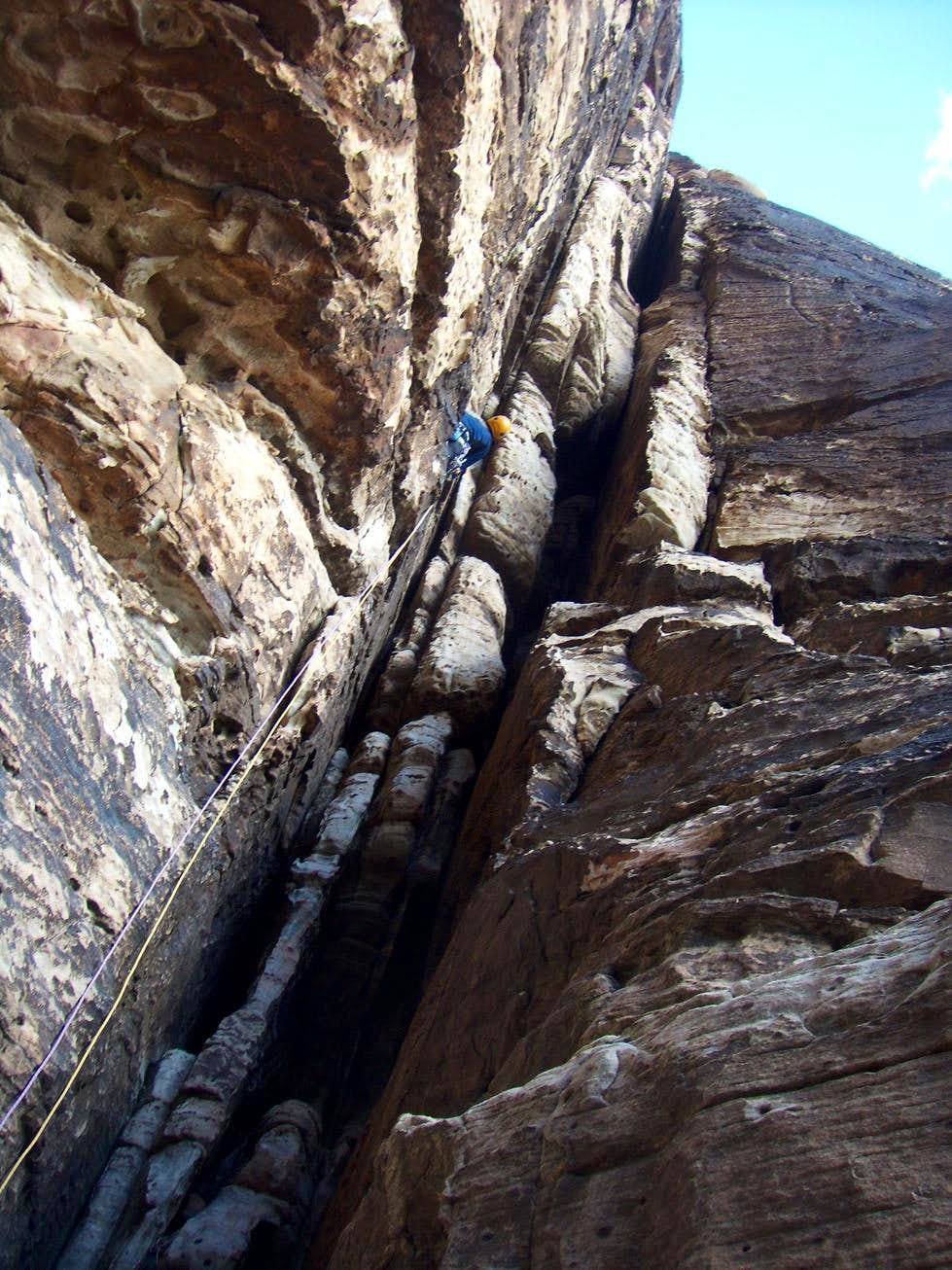 1st Pitch- 200’- 5.7/ Start out climbing the left face of the chimney on easy varnished jugs with plenty of gear when you need it. Continue up the face via discontinuous cracks for quite a ways until a small roof forces you to cross the chimney to the right (120’). Chimney up this section until it turns to off width, then head out right where gear will be tricky as you protect the slab moves (crux) to easier ground where you can build a belay into the crack you were following as it has narrowed to a true crack at this point. There are two parallel cracks that take gear down low before the harder moves on that slab, but the gear placement in them takes some thought. It would also be possible to move back left and climb huge easy jugs, but run out face, and come back into the crack from the left. That might have been the original accentor’s intent at this grade. Rose Hips, 5.7, 5 Pitches, Jackrabbit Buttress, Juniper Canyon, Red Rocks, NV, April, 2009
« PREV NEXT »