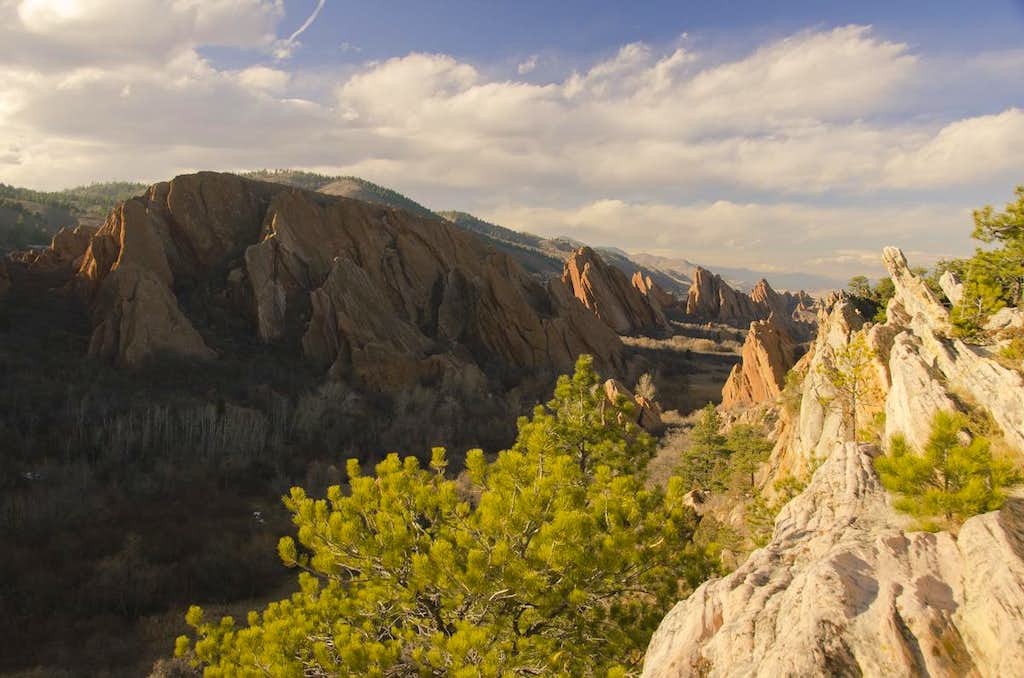 Roxborough State Park is a Colorado state park located in Douglas County. The park is southwest of Denver, about 15 miles south of the city of Littleton. Spectacular red sandstone formations (identified by geologists as belonging to the Fountain Formation can be found in the park). Other examples of Fountain Formation geology in Colorado include Garden of the Gods (Colorado Springs), Red Rocks Park (Denver), and the Flatirons (Boulder). Roxborough also has examples of Lyons Sandstone, Lykins Formation, Morrison Formation, and Dakota Sandstone. Roxborough State Park is recognized as both a Colorado Natural Area and a National Natural Landmark. (Wikipedia)
« PREV NEXT »