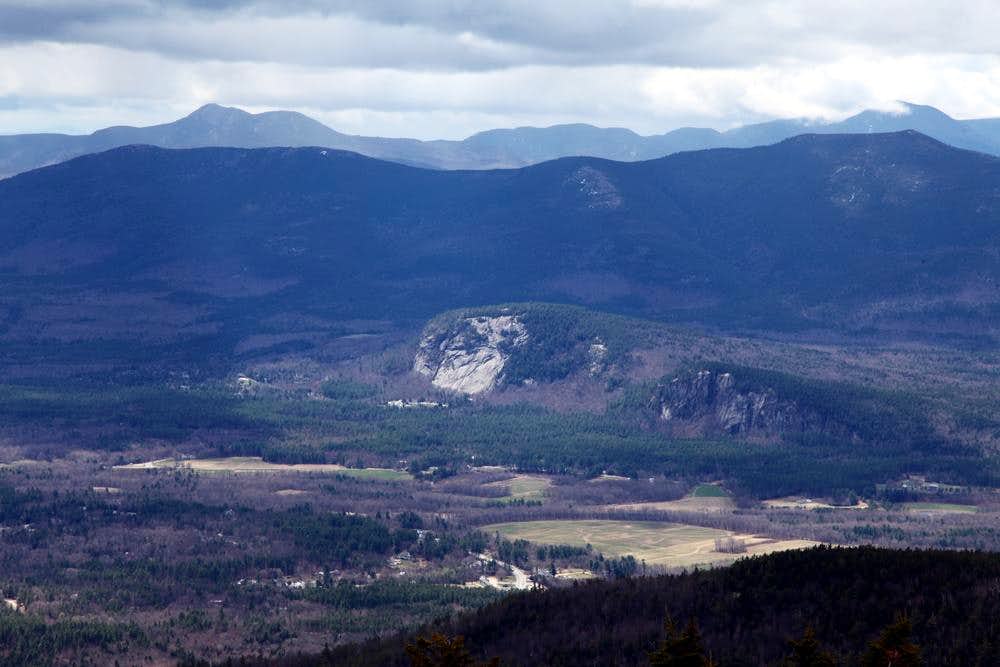 A view from Kearsarge North Sunlit at center: White Horse Ledge. Cathedral is the shadier, steeper, shorter ledge to the right (north) of White Horse. Behind the two ledges, the dark ridgeline is Moat Mountain. The summit of North Moat is near the right edge of the frame; South Moat is near the left. Middle Moat is near South Moat and has no apparent prominence from this angle; the bump in the middle is Pt 2785, the top of Red Ridge. On the horizon, Mt Chocorua at left (behind South and Middle Moat) and Mt Passaconaway at right (behind North Moat). Spring 2014
« PREV NEXT »