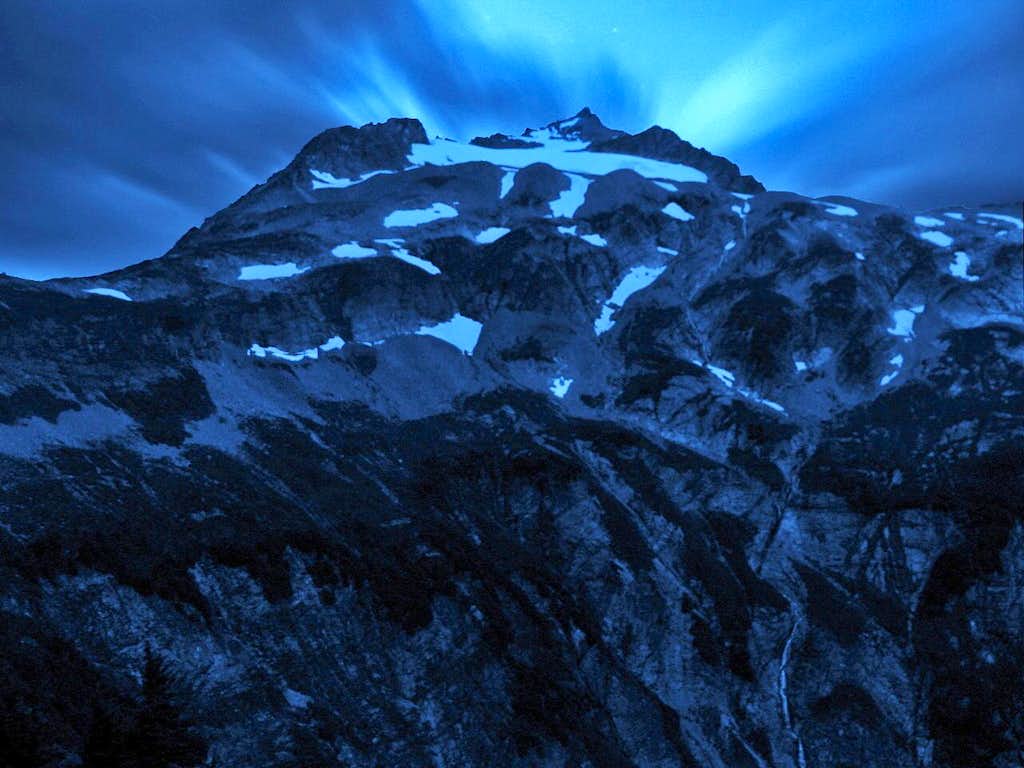 This was one of my most favorite moments while in the mountains. While we had a good day on Sahale, a storm was rushing in which meant it was time for us to rush down. The sky grew dark, the surroundings blue, but the moment was incredible. I watched as the cloud deck rushed over the summit top of Sahale. I then dashed on over to a near by rock to capture this moment as best as I could. I used a 60 second shutter speed to capture this moment which explains the cloud motion in the top of this photo. I watched in awe as the blue light on the mountain faded away. I then had to frantically find the pathway to catch up to my partners. Taken September 1, 2007 on Sahale Arm. To this Day Sahale remains to be my favorite mountain in the world, I day dream some times about returning here. I've had some of my most memorable experiences as well as most frightening on this mountain. One of these days I'll make a trip back to Sahale.
« PREV NEXT »