The Sciora group is the fabulous curtain that closes the eastern side of one of the finest rocky environment of the Central Alps : the Val Bondasca 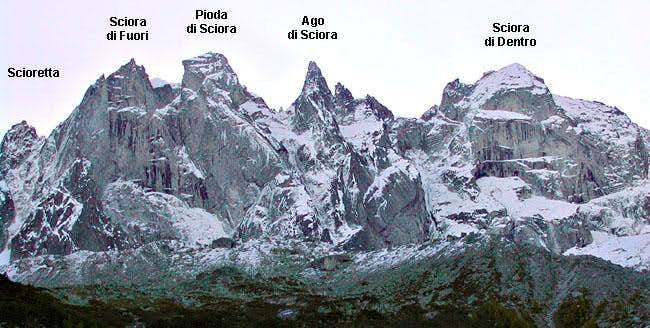