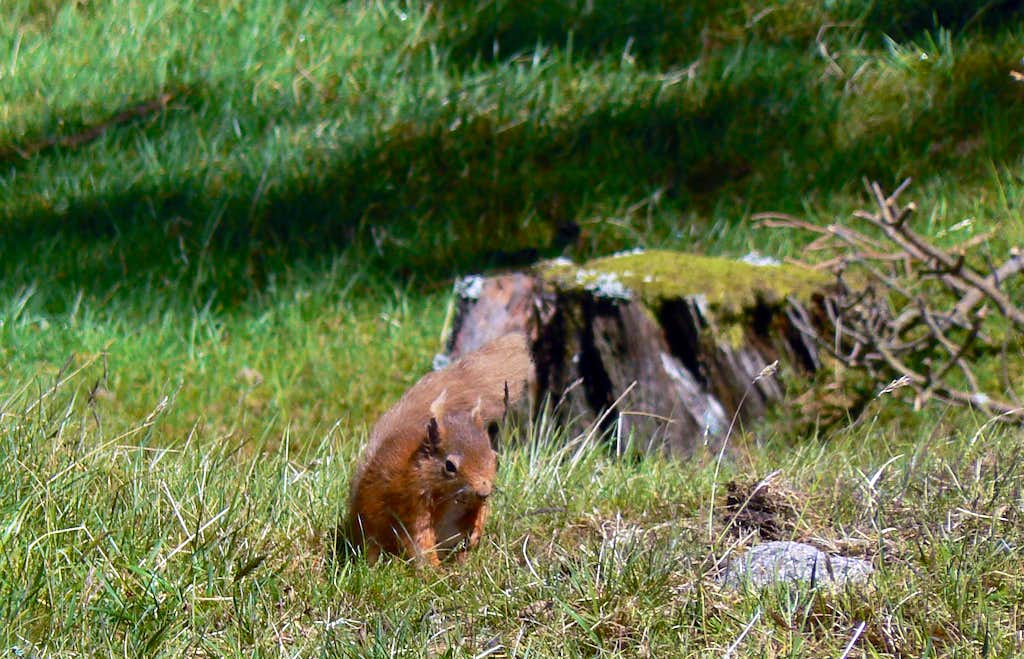 A Scottish red squirrel in Glen Muick. There are only around 120,000 red squirrels left in Scotland and these are the only original native sqirrels of the UK. There are numerous conservation projects running throughout the country in order to protect this species. Red squirrel numbers have reduced since the introduction of grey squirrels to Britain in the 19th century. This has triggered the rapid decline of red squirrel numbers, as greys outcompete reds for food and habitat as well as carrying squirrelpox virus – a virus lethal to reds which does not harm greys. Cairngorms National Park, Scotland. May 2011.
« PREV NEXT »

What luck to get so close to one of these things. Apparently one of Wales' last populations lives near me, but I'm yet to see one!

This was the first time I'd ever seen one. My wife told me to calm down when I started shouting 'look', as it bounded across the forest floor.