The Seal is often overlooked in the shadow of the larger, numbered flatirons of Green Mountain to the north. This is a shame. The approach is a bit longer than the First or Third and the trail is unmarked and a bit brushy, but you'll have a good deal less company and the scenery is superb. Unlike many of the flatirons, the Seal is not closed for raptor nesting, so you can climb it year 'round. The standard route also features a beautiful, steep, 5.4 hand crack on the upper portions of the climb that takes gear like crazy, an unusual feature on the slabby flatirons. This is also the site of probably the second most exciting rappel in the Flatirons and surely one of the longest. 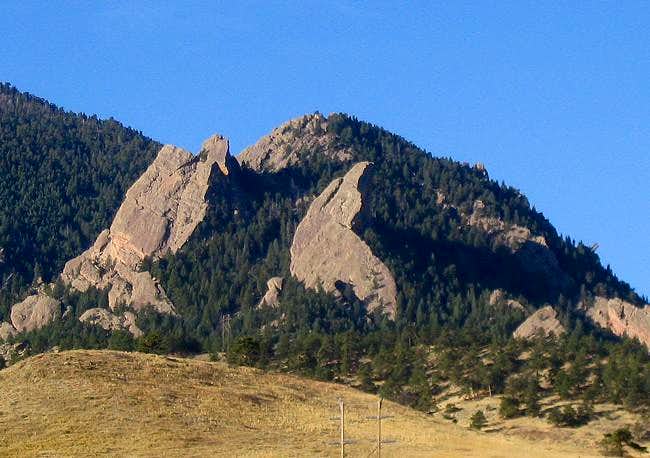 Seal Rock (center) and the Goose (left) from the Bear Creek approach.

There are several options for this approach: