I inherited this page from Rinat Shagisultanov on October 3, 2011. Thank you Rinat for creating this page and giving me the opportunity to build on it.

Seven Gables is the great peak in the Bear Lakes basin close to Lake Italy and Mount Hilgard. It rises above most of the surrounding peaks and therefore has outstanding views ranging from Mount Lyell to Mount Whitney. The area is quite remote, seldom visited, and offers a great feeling of solitude and perfection.

Seven Gables was first climbed in 1894 by Theodore Solomons and Leigh Bierce. Shortly after his ascent, Theodore Solomons wrote of the spectacular views on the summit... "I was too awed to shout. The ideas represented by such words as lovely, beautiful, wild or terrible, cold or desolate, fail to compass it. Words are puny things, and the language of description quite as impotent as the painter's brush. Roughly speaking, one might say that the sight was sublime and awful. I can scarcely conceive of another scene combining the peculiar qualities of that view in a higher degree, and I believe I was then looking upon the finest portion of the crest of the Sierra Nevada Mountains - their scenic culmination, their final triumph." (SCB 1, no. 6, May 1895: 230.)

In addition to the views, good climbing can be found on Seven Gables, and the peak has earned a postion on the Sierra Club's Sierra Peaks Section Mountaineer's List, a selection of 35 peaks put together based on the quality of their climbing. There is also the bonus of a fantastically positioned summit block... overhanging the edge and exposed on three sides, but only requiring a very easy class 3 move to ascend. 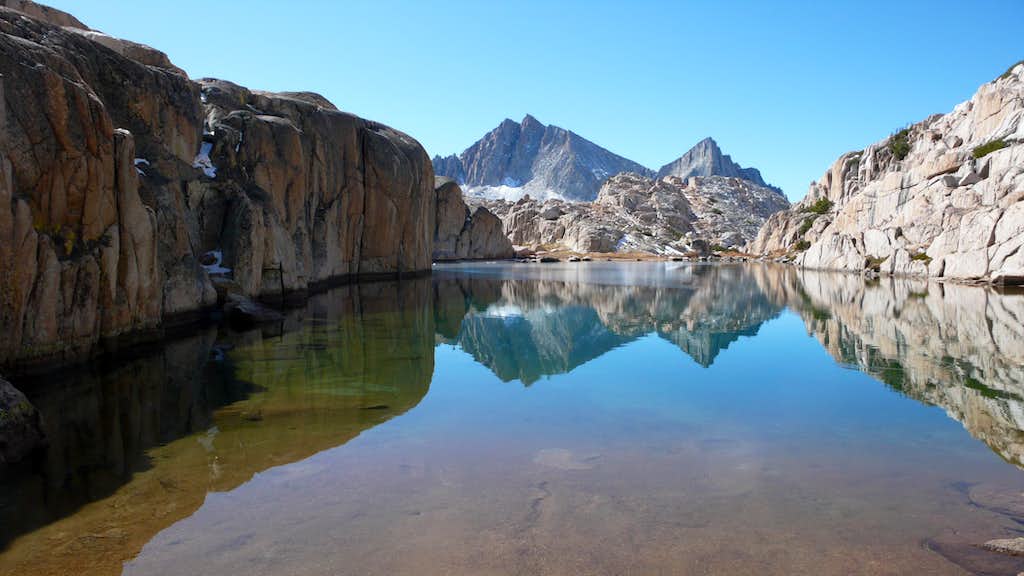 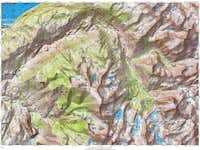 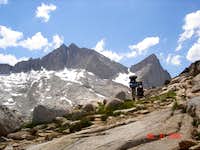 Seven Gables is located in the heart of the Sierra Nevada in between Yosemite and Kings Canyon National Parks. As a result, there are several options for an approach, including a side trip from the popular John Muir Trail and trailheads on both the western and eastern side of the Sierra.

Note that the final 18 miles of the drive to Lake Edison and Florence Lake are on a bumpy, winding (but paved) road that is often only one lane wide as you approach the trailhead. Allow 45-60 minutes for this portion of the drive.

There are good routes on Seven Gables from both the east and the west; the south slope is particularly enjoyable as you near the knife edged ridge just below the summit.

Seven Gables is capped by a spectacular summit block somewhat overhanging and very exposed on three sides. The block only requires only an easy class 3 move to mount, and isn't difficult at all. Looking down the east face and gaining the highpoint will certainly add a bit of excitement for some parties. 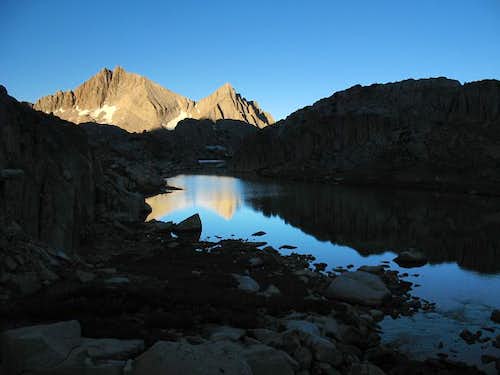 Wilderness Permits:
Seven Gables is in the John Muir Wilderness within the Sierra National Forest. No permits are required for day trips but overnight trips require one throughout the year. Quotas are in place year round, and if approaching from the west permits are most conveniently picked up at the High Sierra Visitor Information Station on Kaiser Pass Road (one mile before the split between Lake Edison and Florence Lake, open seasonally) or the High Sierra Ranger District office in Prather. Check the Sierra National Forest permit website for the most current information. If approaching from the east you will begin in Inyo National Forest and permits can be picked up at the White Mountain Ranger Station in Bishop or the Mammoth Ranger Station in Mammoth Lakes. Quotas here are in place from May 1 through November 1. Check the Inyo National Forest wilderness permit website for the most current information and reservation availability.

Campfires:
Fires are prohibited above 10,000 feet.

Highway 168 is not plowed past Huntington Lake in winter, so a winter approach is most realistic from the east (but will still require multiday travel). In early season snow is present at higher elevations, but those familiar with snow conditions should not have any difficulties. 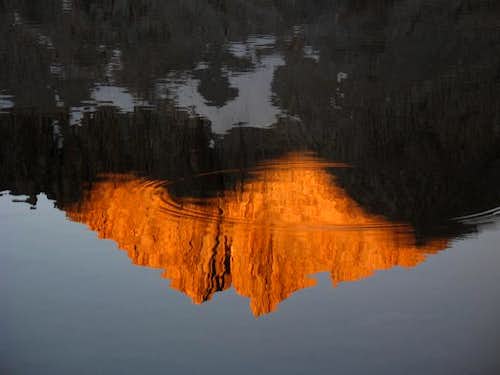 One of the highlights of a visit to Seven Gables is the outstanding backcountry camping options. Most approaches to Seven Gables have scenic creek and lakeside locations available throughout the trip. Closer to the peak lies Sandpiper Lake to the west and Seven Gables Lakes to the east. Marie Lake is very scenic and popular due to its proximity to the well traveled John Muir Trail.

There are also many options for staying in established campgrounds at both Florence Lake and nearby Lake Edison, as well as on the drive in from Kaiser Pass. Most campgrounds are first-come, first-serve, though a few can be reserved. Check the Sierra National Forest website for the most current information.

Dispersed camping is allowed throughout most of Sierra National Forest, and is a good alternative to staying in an established campground.