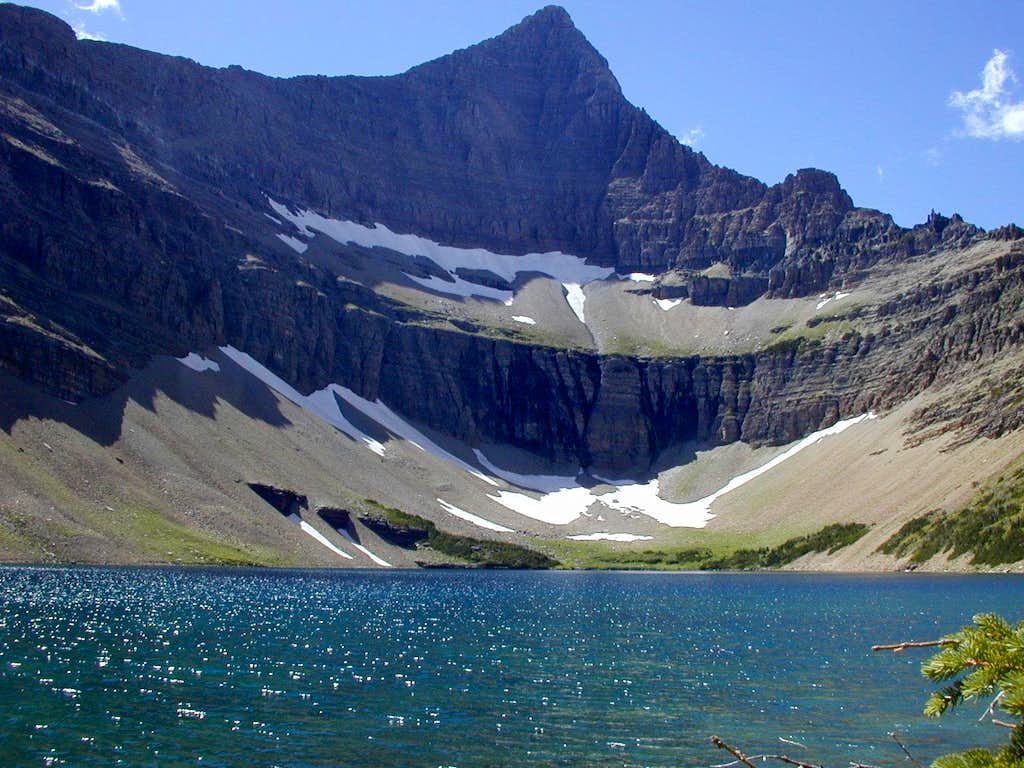 ...and serene scenery. Thanks for posting.

I enjoyed your trip report and photos very much. I have a ? on this photo. Are you sure it is labeled correctly. On the map it appears that Shaheeya Lake is not at the base of Campbell Mt. but lies below Shaheeya Mt.

Good catch! I mislabled the photo back in 2002. After reviewing the map I conclude that the picture was taken after I climbed Shaheeya. I had been looking for some snow or water for hours without success. The cleanest way down to get water was to backtrack down the right hand ridge which was the route I had climbed. The ridge on the left looked problematic and I wanted water. From the lake, I must have decided it was a nice photo. When I got home and labled things, it became Campbell until your keen observation! Thanks