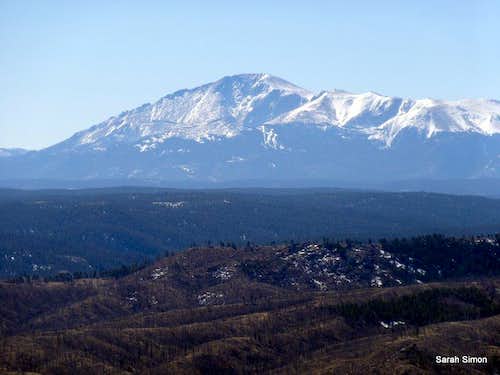 Sitting almost due south of Douglas County highpoint Thunder Butte sits a graceful yet rugged dome of granite named Sheep Nose. This South Platte gem is home to numerous climbing routes and bouldering problems, but also has a couple of scrambling routes up the north side. Also called "Sheeps Nose" or "Sheep’s Nose" by some, every route to the top of this formation is bound to be fun – there is no simple walk-up path.

The wide-open views from the rocky granite summit are astounding.  Pikes Peak dominates to the south, while directly to the north sits Thunder Butte.  Much of the Rampart Range is available to the east while the Lost Creek Wilderness sits on the western horizon. 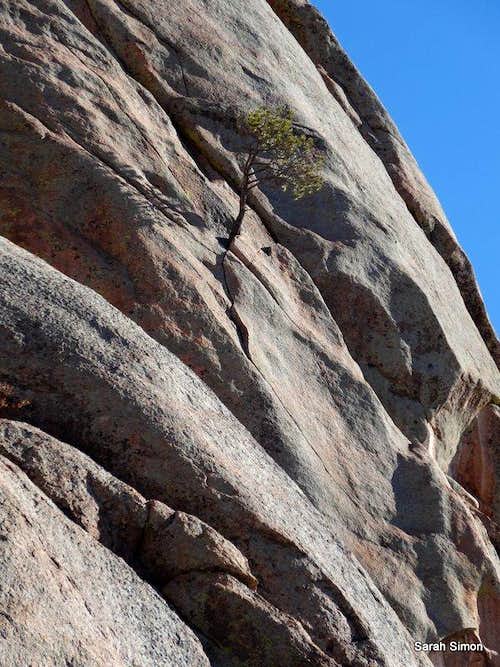 This peak is approximately 90 minutes driving time from Denver or Colorado Springs. 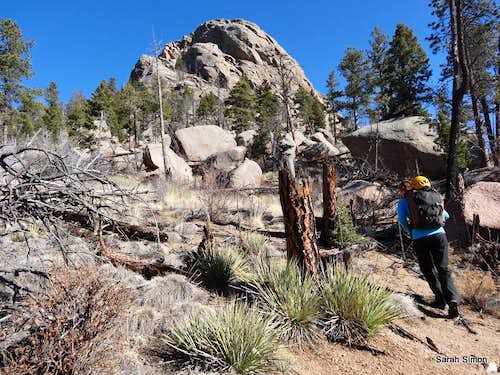 Class 3+ - 4: There are at least two scrambling routes up the north side of the peak, including a rocky slope used also as a rap descent from below the summit, and a boulder-choked gully rumored to be stiff Class 3+ to Class 4.

5th Class: Numerous technical climbing routes exist on this peak, particularly on the warm southern aspect.  (Which is good in the winter, of course, and not so good in the summer.)  There is one gully on the western end of the southern aspect that exploits a weakness to keep the climbing blocky low 5th class.  Otherwise, the routes on the popular southeastern slabs start at 5.8 YDS.

To reach the summit, expect roughly 1.5 miles roundtrip of hiking/scrambling/climbing with approximately 900 feet of elevation gain.  This area was burned badly during the 2002 Hayman Fire, meaning a lack of shade but plenty of downfall and briars on the approach.

Give the land time to heal from the fire and please observe parking / driving restrictions and other use restrictions as posted by the US Forest Service. There is no fee to use this area.  Please be mindful of private property in this area, particularly a ranchette to the east and northeast of Sheep Nose. As the land recovers from the ravages of the Hayman Burn, parking in this area is limited to designated parking areas only, greatly constricting rustic camping. The Forest Service operates the seasonal Goose Creek Campgroundwhich is south of Sheep Nose off of FS 211.