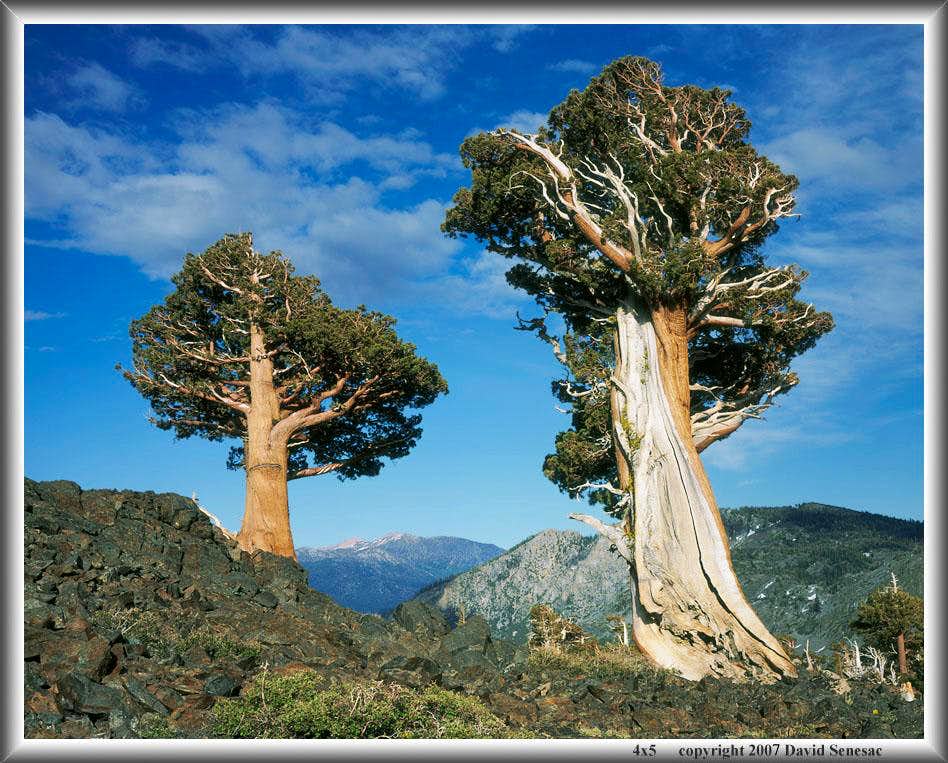 ...mouse click to enlarge... These two sierra juniper, juniperus occidentalis, trees live at about 8k elevation in the Glen Alpine Creek draingage of Desolation Wilderness. The lati/long coordinates shown are within a couple miles of actual. I exposed this 4x5 sheet of Provia 100F transparency film with my 150mm Nikkor lens on June 7, 2007 in the afternoon. Freel Peak, the tallest summit in the Lake Tahoe region is far in the background. During the nearly three decades I've been a serious landscape photographer, this species has always been of great interest whenever I am within its range thus have spent considerable time throughout the Sierra rambling over rough country searching for best specimens. The most gnarly trees are often atop rocky sun exposed windswept ridges where the full brunt of winds war against their tough exterior. This image from the usual wind direction barely shows their considerable lean backward though captures the aesthetic form often best from such a frontal direction. One of my favorite strategies in frame composition for any tree species is isolation up against the sky. David Senesac http://www.davidsenesac.com
« PREV NEXT »

I made this one a signature photo of the album. Very nice!
(Your third photo of junipers does not open)

i am going to find those trees someday. what a shot!