So, Which is the True Summit? 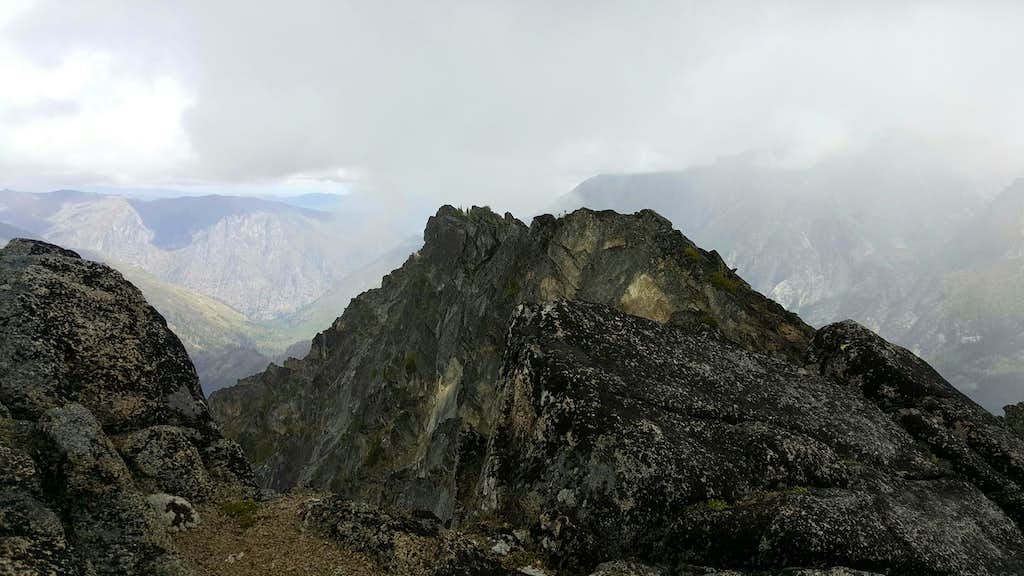 There are two points very close to each other - either of which appear could be the summit. From the actual summit the point in this pic is to the east (turn right when looking down at Eightmile Lake) and while it isn't obvious that it isn't the true summit, a close study of the topo map indicates that it is. I wasn't 100% sure of this at the time, but after studying topo maps and pictures I took of the surrounding terrain, this is accurate. This picture, taken just below the summit, shows both of these points, with the point to the right in this attached picture being the same point in this pic above. Axis Peak The Enchantments Alpine Lakes Wilderness - North Cascades September 3rd, 2016
« PREV NEXT »