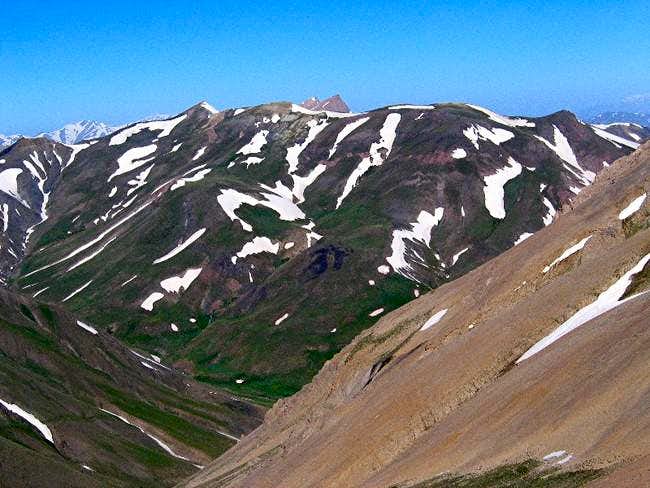 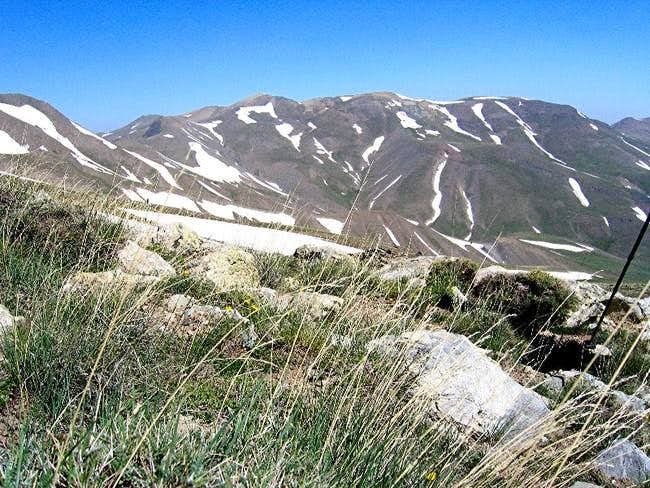 To the south, a 3590 m saddle separates Sootak the Small from the 4234 m Kaman Kooh Peak. To the west of Kaman Kooh, you will find a 3966 m Peak known as Sootak the Great. Although close, this mountain is completely separate and unrelated to Sootak the Small.

The most direct route to the summit of Sootak the small seems to be via the village of Nessen (to the north, 2600 m) and the Nessen River Valley. A much longer approach is to start at the village of Varengeh Rood (2450 m) to the west and hike up the Varengeh Rood River Valley. Both routes will take you to the 3590 m saddle where you can hike up the easy southern slopes of Sootak the small. Beautiful alpine tundra covers these slopes and continues up to the summit.

From the summit of Sootak the Small, you can look east to see the majestic Azad Kooh appearing as a giant wave on the surface of a stormy ocean. To the northwest, the high peaks of the Takhte Soleyman Massif (4850 m) rise above the fog-filled Chalus River Valley. A couple of reddish sharp peaks know as Sorkhab (3792 m & 3760 m) create an impressive site directly to the west of Sootak the small. To the southwest, the peaks of the Naz/Kahar sub-range form a great background for the beautiful flowers on the summit (see photo below). To the south and southeast, some of the 4000 m plus peaks of Central Alborz will be in good view. The 5671 m Mt. Damavand towers above these peaks.

While on the summit, my guide and I saw a number of animals moving on the snow way down at the base of the mountain. When I zoomed on them with my camcorder, I found out that they were a pack of wild boars. This caused some concern with my guide who said that these animals can be dangerous and should be avoided. 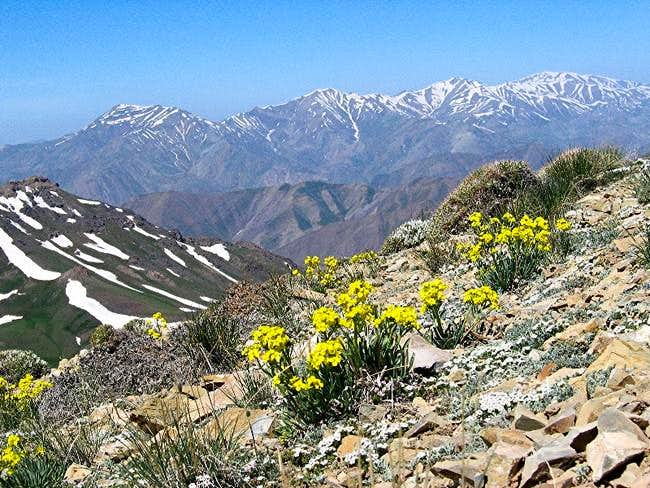 No fees. This is a protected area. Hunting is prohibited. 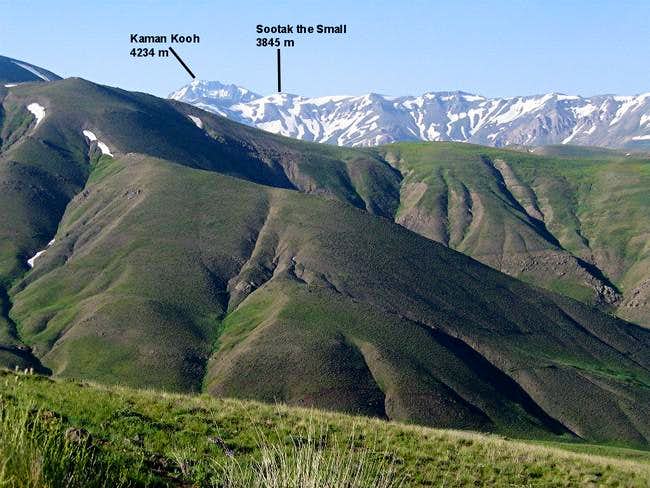 Easiest in summer (mid June to early October). I personally like late June/early July when there is much snow on the mountains. The grass on the lower slopes is green and flowers are in bloom. Snow on higher slopes will obviously make the climb more difficult.