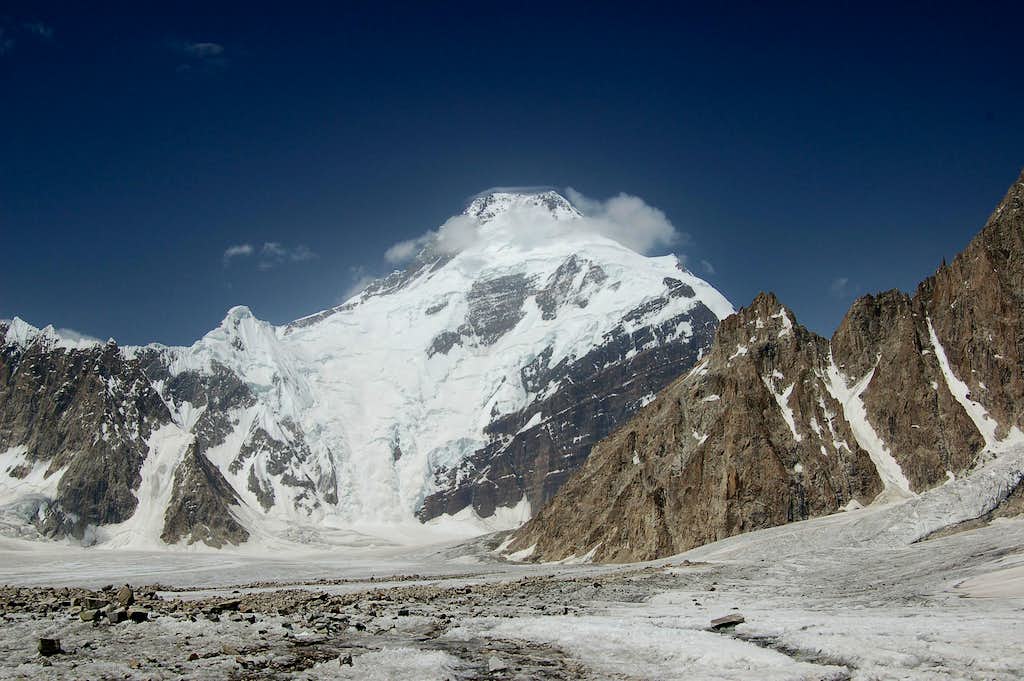 Unclimbed South Face of Kanjut Sar (7760m) from the Khani Basa Glacier. The only attempt to be made on the face was in 1985 by a team led by Toni Spirig. They attempted an Alpine-style ascent however having set up camp 1 at 5700m their tents were slab avalanched. Fortunately no one was injured. The team found enough buried gear to descend but with difficulty due to their outer boots having been washed away. Kanjut Sar has only been climbed twice. The first was by an Italian expedition in 1959 from a BC on the Khani Basa Glacier. Rather than tackle the south face, the team ascended the South ridge via the Upper Khurdopin Glacier. The second ascent by a Japanese team in 1981 was via the West face above the NE Yutmaru (Jutmo) Glacier.
« PREV NEXT »

Thanks. A friend of mine might be trying this face in July. Not too steep or technical but big risk of avalanche if snow conditions aren't right.

Great mountain and a spectacular photo