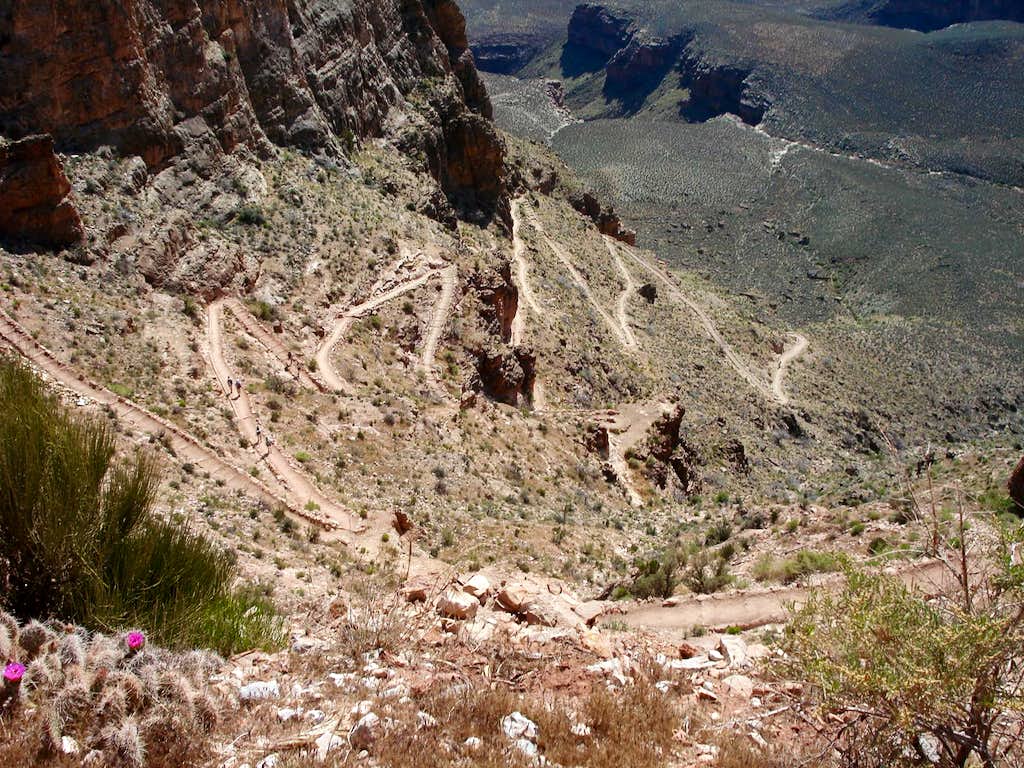 View of the trail from Skeleton Point. Turning left from the lower part of this trail is Tonto Plateau, no further that 1/2 mile. This picture was taken on 5/23/2011 at 11:04 AM. This shot is a beautiful view of the trail, but it has a sad story attached to it. Zoom in into the picture. One will see three groups of two people each going down the trail, on the left side of the picture. The further down group was a boy and a girl running. Probably attempting a Rim to Rim or Rim to River to Rim, I don't know. They passed us only a few minutes earlier. As one can see, they are just about to make a left on that switchback. Then, only feet down after turning right on the following switchback was as far as they got down on the trail that day. The girl twisted her ankle so bad, the bone was visible sticking out under the skin. I twisted ankles when I was a kid, but those were just twists, nothing compared to what happened to that girl. When we passed them, the girl was in shock and the guy was looking at her foot in total disbelieve that his Grand Canyon trail run was over. He was actually trying to persuade the girl to continue. Of course, that girl wasn't possibly going to walk for a while, and not without a doctor's intervention. I have no idea how they got out. There were a few mule trains coming up but by my understanding they would not give one a lift. A SAR mission has to be deployed.
« PREV NEXT »